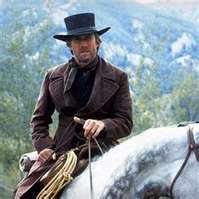 Like many people in this country, I watched the Super Bowl this Sunday. Great game. What I want to discuss today is the Clint Eastwood commercial.

To get in the mood you might want to listen to this or this.

First a little background about Mr. Eastwood. His politics are a mix of ideas that appears largely Libertarian and he has supported both Republicans, John McCain, and Democrats over the years.

When the commercial started I thought to myself, “Oh no, a stupid political ad that tries to pull all the notions of patriotism into support of one politician or another.” As the commercial went on … and on … I began to realize this was more of a heartfelt appeal to put our differences aside and do what is in the best interest of the country. From what I know about Mr. Eastwood; if he says he meant that, then I believe him. I was inclined to believe it before Mr. Eastwood was forced to issue explanations.

Now, I do realize at its heart the commercial was an advertisement for Chrysler and, because it has us all talking, it certainly did its job. But, let’s leave that aside and talk about the political thinking, rather than critical thinking, that seems to drive this country today.

This was a commercial about getting together, working together, overcoming adversity, making your community, the country, the world, a better place. Mr. Eastwood, I salute you, sir.

The voters today, and I’m going to talk about the blame the voters have in this problem tomorrow, seem largely to judge the merit of an idea based on the “D” or “R” in front of the name of the person making the proposal. Is that you? Do you not bother to think about the issue once you hear who is talking? Do you vote for the party and not the person? Do you let other people tell you who to vote for and against?

Are you one of those people who finds it easier to vote by party affiliation rather than spend time critically examining the candidates?

If so, I have one suggestion: