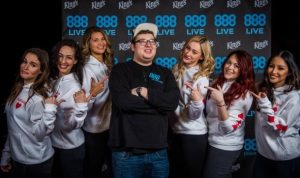 I was watching one of my favorite poker streamers the other day when someone posted in chat a question about Polish Poker players. What did Tonkaaap think about them? He replied, without much thought, that he supposed they were poker players. This seems like a small thing but it struck my Objectivist ideology with an arrow shot to the heart.

The idea behind the question is that in the poker community there are those who think players from various countries have particular traits and certain tactics might be used to have better results against such people. Tonkaaaap dismissed this idea casually and with barely a moment’s thought. He was right to do so, naturally, but I wanted to spend some time discussing the nature of tendencies and why they mean nothing about an individual.

It’s absolutely true that groups of people have tendencies based on the cultural and social norms from where the originate. It’s quite possible that a certain percentage of poker players from Poland will behave in some general fashion during the course of the hand. This tendency is a natural product of spending time with a similar group of people.

I’m going to use chess as an example. I played chess as a youngster but the number of people I played against was limited by geography. We had no internet and the only way to play was staring at the person across a physical board. This meant I played the same people all the time and they, of course, did the same. This meant that we all fell into tendencies based upon the limited pool of opponents. If you were to play against someone from St. Louis you might find we play a similar game. However, you could not make such generalizations about all players from St. Louis and if you did would certainly be setting yourself up for defeat as you encountered stronger players from the region. That’s Tonkaaap’s point. He is playing for real money. He can’t afford to make assumptions about individual players simply based on their geographic location. He must play against each player as an individual, analyzing their tendencies, and making the best decision possible at that moment.

This is, in a nutshell, Objectivism. We certainly can and do judge people based on superficial things like place of birth, gender, sexual orientation, skin color, heritage, age, appearance, and any number of other things. But, when we do so we not only do them a disservice, we set ourselves up for failure. If you discount or even simply refuse to consider someone because of these things then you are hurting yourself.

Let’s imagine you are the coach of a baseball team. It’s quite clear that men are bigger and stronger than women on average. The best baseball players in the world are all men. If a woman tries out for the team and you refuse to give her a chance you might be missing out on a player who can help you succeed. This goes for all aspects of life. Groups of people have differences, but we can’t let these general tendencies guide our decision-making processes. We must judge individuals on their actual performance.

Another thing to consider is the nature of globalization. Getting back to my chess. I now play people from all over the world thanks to the internet. I am no longer constrained by geography. This has improved my game tremendously and also largely eliminated all the tendencies I learned playing a boy.

This exposure to new ideas and things means we are all losing our geographic based tendencies. It means anyone, from anywhere, can succeed or fail based solely on their merits. And that’s a good thing.