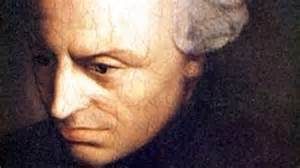 A philosophically minded friend posed an interesting question on Facebook about the External World that I’d like to take a moment to examine.

I’ll try to summarize his basic question in more layman terms than he used. As we live our lives certain things happen to us. We react to these events as if they are external to our own imagination. At its simplest level; when I set a cup of tea down on the table and it doesn’t fall to the ground, I learn something. My behavior is modified. In the future, I confidently set that cup of tea down on the hard surface knowing it will not fall and make a mess.

This could be something I’m making up in my mind. There are almost endless possibilities. First among these is that cup and tea simply don’t exist at all. Another possibility is that both exist but I’m living in some sort of controlled environment where the cup levitates at level equal to the height of the hard surface upon which I thought I set it. I’m sure you can think of many other explanations that indicate my conclusion, that a hard surface supports a cup full of delightful oolong tea, is false.

This is a question examined quite thoroughly in The Matrix, a movie my friend enjoys greatly. In that movie, external reality did not exist at all. Everything was internal to the electronic signals coursing through the brains and bodies of the imprisoned populace.

That is largely my friend’s question. I shouldn’t say just his question; for it is something philosophers like Kant and Descartes spent considerable time and energy examining.

The response to that I find most appealing is: Any answer is irrelevant and the question itself is an exercise in mental gymnastics. It’s not wrong to engage in healthy exercise for the mind or body but we get about as far as if we ride twenty miles on the stationary bike. The tea mug stays on the table because that is the reality in which I live. The tea cup will always stay on the table and no amount of doubt will change that fact. I admit any of the alternate explanations listed earlier are possible, I just don’t care. I’m putting the tea cup on the table regardless. Everything I do in my life is based upon experience driven repetition. I know behaving in certain ways will return the desired result. My goal is achieved.

I suspect my friend will not like that answer. He will demand proof these external events that I think I’m witnessing are actually occurring.

He suspects, or at least I believe he suspects, the world is not as we see it. That some external agency, be it machines as in the Matrix, aliens as in They Live, or some other force, controls our lives. Makes us imagine we are seeing and doing things when in fact we are not. He might believe our lives are some sort of mix or reality and illusion created by this external force. He might think these otherworldly things are placing obstacles and rewards in front of us like scientists with a group of mice.

He will dazzle you with philosophical terms and rail against the seeming impossibilities that occur around us on a daily basis. Let’s say you see three cars in a row going the other direction; one a Porsche, one a Lamborghini, and the final one a Ferrari. This is all but an impossibility from a statistical standpoint. You can name any three makes and models of cars and the chance those exact three will be the next three to pass in the other direction is highly unlikely. And yet, every moment on the road, three particular cars pass in a configuration that is all but impossible.

Impossibilities are not an indication of an external reality beyond our perceptions. They are simply the natural course of random events taking place, as they always do.

That, I think, is the answer my friend hopes to find. Impossible is happening all the time. We must not confuse this for external influence on our lives. We must learn to distinguish improbably normal from impossible.

In conclusion, my answer comes in two parts.