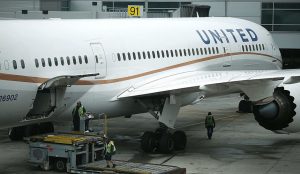 The recent case involving United Airlines has brought to the forefront of people’s consciousness the industry practice of overbooking on flights and in hotels. I understand the United Airlines case didn’t actually involve overbooking but that’s irrelevant to the topic at hand. The question is, should the airline and hotel industries engage in the practice?

In order to make a judgment in this regard we must understand why they do so. Overbooking is done primarily to maximize profits. There are always people who book a hotel room or a flight but don’t show up when the time arrives. This translates into losses for the airline or hotel as they would normally have reserved that ticket or room for someone else. Now it is too late to do so.

The problem occurs when fewer people fail to show up than are overbooked. The flight or hotel now doesn’t have enough room for all the customers. This is resolved in a number of ways, generally by offering incentives to take a later flight or providing a room at another location.

But how is it solved? There are basically two methods.

Laws might be passed that forbid the practice. This leads to decreased profits for the industries involved. Hotel rooms go unfilled and flights take off at less than maximum capacity.

The second method is for the hotel or airline to voluntarily refuse to overbook. This generally involves non-refundable transactions. If you purchase a ticket and are unable to make the flight or stay, you do not get any of your money back. It is as if you actually took the flight or stayed in the hotel.

Both solutions have significant problems.

When we reduce profit, there is a negative effect on all aspects of the business. The company might not be able to employ as many people, they might economize on things like safety, they might even go completely out of business. If laws are passed in one state or community rather than another, we create obstacles to the free market. One supplier has an advantage over another. In addition, companies are now given an incentive to break the law. When you make breaking the law profitable, you encourage crime. Companies that find ways around the restrictions are going to be more profitable than those who follow the regulations. These criminal companies succeed where their competitors fail.

The second solution is problematic for the consumer. Sometimes when we miss a flight or fail to stay at a hotel the cause is unavoidable. Perhaps a death in the family or an illness. It comes across as cruel and certainly generates an enormous amount of bad publicity in this information age to force people to pay for tickets under these circumstances. People lie. It would be impossible for an airline or hotel to track down everyone who failed to show up and prove their excuse, a death in the family, didn’t actually happen. Thus, they either stick to policy or face social media retribution.

I totally understand the outrage of a person who suffers because of overbooking. I’d be angry as well. I just think it’s important to understand the cause of a problem before going about trying to solve it. In this case, there are solutions but they are imperfect.

That’s the nature of this world sometimes. Contrary to what people might be saying, there aren’t always easy solutions.