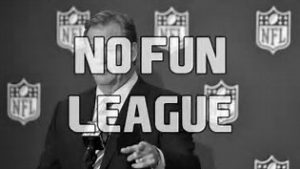 I was watching the St. Louis Cardinal’s latest debacle on Sunday Night Baseball when the announcers, bored with the game, started to discuss Yadier Molina and the excitement and celebration he showed during the World Baseball Classic.

In baseball, there are a fairly large number of unwritten celebration rules. The basic idea is that when you celebrate a home run or some other even too greatly you are humiliating your opponent. That by celebrating your victory you are showing disrespect to the opposing team and players. In the past, the players in the game took care of this themselves. If you celebrated overtly you might get a high fastball in your next plate appearance. The same went for virtually every sport in which I’ve participated. In tennis, believe it or not I played competitively in my youth, if you celebrated too much you’d get a tennis ball in your ear the next time you got close to the net.

Currently the NFL and the NCAA have rules in place about how much you are allowed to celebrate before incurring a penalty. The announcers spoke about wanting more excitement and celebrations in baseball, but also worried lines could be crossed.

It’s an interesting and difficult problem to solve. I actually agree there is far too much celebrating going on in sports these days. I think it does show a lack of respect for your opponents when you jump up and down to celebrate a lucky single or have a sack dance when your team is winning by twenty points.

Personally, I find all the celebrating intrusive and disrespectful but other people love the emotion involved. They, like the announcers, think sport needs more celebrating, more emotion. Who is right, if anyone?

I think it’s incredibly difficult, if not impossible, for a league to codify celebration rules. The more they try to do so, the greater imagination players show in pushing those boundaries. In addition, penalties for celebrations that affect the outcome of the game disturb me. It takes the result out of the hands of the players and puts it under the discretion of officials.

Every rule increases the burden on the officials and the more important the game, the less likely the regulation is to be enforced. Officials often put their whistles in their pockets as the stakes grow higher. Still, even then, how long before a championship game is greatly affected by an official meting out punishing for a celebration? Do any of us want that?

This is where my Libertarian ideology comes into play.

A critical analysis seems to indicate that there is no way to create effective celebration rules. That doing so creates further problems and doesn’t address the issue itself. Therefore, the answer is to simple let the players celebrate as they will. Let other players react as they will.

There are rules about delaying the game and that is enough.

I’ll be annoyed by nonsensical celebrations after minor successes while others will be upset by a pitcher who throws a high, hard one after such revelry. We can’t have everything we want in life and this rush to create rules that will supposedly fix things, but instead make them worse, is not the answer.