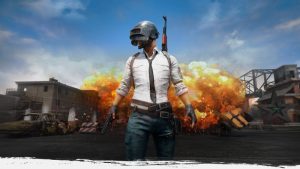 Among my few pursuits in life is watching people play video games on Twitch.tv and recently a new game called PlayerUnknown’s Battlegrounds has stormed the site. It is being played by tens of thousands of watched by more. One of the coolest features is the ability create a server where the host sets up many of the rules.

The games so created are a strange blend of Anarchy and Totalitarianism and I find the combination interesting. By technical definition, no two political philosophies could be further apart. In an Anarchic state, there is no real central government, just a collection of individuals with like interests. In a Totalitarian state the government makes all the rules.

What happens when a streamer on Twitch creates their own Battlegrounds server is that other players join and begin to play. When the host, or benevolent dictator as I prefer to call her or him, sets up the game, there are generally rules. Yet, there is no way to enforce these rules.

One example is a Zombie Apocalypse style game. In such a game one team of players is allowed to equip whatever weapons and armor they desire. These are the survivors. The other team must strip naked and grab only melee weapons like pans. There are several other rules designed to create a fairly balanced environment where both sides have a good chance of victory but, as I said, there is no real way to enforce these restrictions.

If a Zombie player chose to pick up a gun and start shooting, there is no mechanism to prevent it. Certainly, the benevolent dictator can alert other players and they can gang up on the person not playing by the rules. However, if a half dozen or so players decided to disregard the rules, the game would be largely ruined.

You must remember it is in the best interest of the players to have an evenly matched game. This is the absolute key to making such a system work. It must be understood that a poorly balanced game, in which one side completely destroys the other, just isn’t as much fun as a finely balanced match. It’s not much fun for the winning side and even less for the losers.

In these two things, we have a combination of a benevolent dictatorship and anarchy. The players who join the Battlegrounds game do so because they enjoy spending time with like-minded people. They agree to a set of rules designed to make the game more enjoyable. The rules actually change as balance shifts but the players largely follow them. The dictator sees how a session goes and tweaks the rules in order to create a game in which all players enjoy themselves.

No one has to join the server. Participation is completely voluntary and if a dictator creates a set of rules in which one team or group has an unfair advantage, she or he would soon find it impossible to get people to play the game. And, here’s the good news. It largely works. Sure, there might be an isolated case of someone breaking the rules now and again, but the vast majority of players abide by the rules and have a fantastic time while doing so, even when their team turns out to be the loser. For winning is less important than having fun, and much fun is had. Much.

Can you imagine a world that followed this pattern? People setting up systems in which everyone benefits. The people that create the most beneficial systems, those that are fun and fair, get more and more players. Those who create environments that are not so, are left behind. Would you want to live in such a world?

Certainly, we wouldn’t all choose to live on the same Battlegrounds server. Some people enjoy one thing and others might relish something else. As long as someone was creating environments, we could pick and choose that which we liked the most.

The world we live in today is not like this.

However, I believe we are headed toward such a world. I think the boundaries we call nations are at the beginning of the end. We separate ourselves by arbitrary differences like race, geography, gender, age, and more. In the future world, we will all be connected through technology, and we will choose with whom we wish to associate.

A fun, fair, and well-managed server succeeds because people join it. Seems like a good system to me.