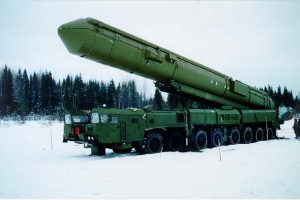 I’m of the opinion the general belief of people is that the United States is currently capable of intercepting Intercontinental Ballistic Missiles (ICBM). That such attacks heading toward our country from an enemy like China, North Korea, or Russia can be stopped.

The U.S. military has certainly claimed, via the Missile Defense Agency, that such interceptions are completely possible. To date, tests against ballistic missiles have been fairly unsuccessful. In controlled environments, the interceptions have been successful only sporadically. These tests don’t include all the variables of a real attack.

The Israeli Arrow system has been proven effective against Medium Range Ballistic Missiles (MRBM) and that’s a good thing. However, such missiles are moving at significantly lower speed than ICBMs.

The reality is somewhat disturbing. ICBMs are coming in at a speed of around seven kilometers per second. This velocity means any intercepting device has to calculate the course of the incoming attack, pass the information to a computer, analyze an interception path, and implement said path very quickly. Perhaps too quickly.

There are absolute laws in this world, the laws of physics. I’m not a mathematician and I also don’t want to underestimate human ingenuity. That being said, it seems likely to me that such an intercept might well be impossible. I’m not saying we should stop attempting to create a system that intercept such attacks, I’m just suggesting that we understand the difficulties involved and the fact that, currently, such attacks cannot be thwarted with any reliability.

I think it is important in our decision-making process to understand these facts. If our leaders, military commanders, and even the general population is under the impression we can stop such attacks, then we are likely to engage in activity that risk them.

Reality is sometimes unkind. It’s wonderful to imagine we can intercept ICBM attacks and prevent nuclear devastation. It’s even nicer to imagine that if we can’t do so today, with a lot of hard work and dedication, we will be able to do so in the future.

I think it’s entirely possible that it is physically impossible to prevent an ICBM attack on our country. That no matter how hard we work at it and how much money we spend on the problem, we will never be able to do so.

I certainly hope I’m wrong. It would be wonderful if a defensive umbrella could be created to prevent any country from using ICBMs on another country. Nuclear devastation is a bad thing. We shouldn’t want to use nuclear weapons on another country and obviously, we hope they are unable to do so to us.

An unpleasant reality is that we cannot currently prevent an ICBM attack on our country. This being the case, we need to base our political policies upon this fact. Anything else is foolish.

5 thoughts on “Can an ICBM be Intercepted?”