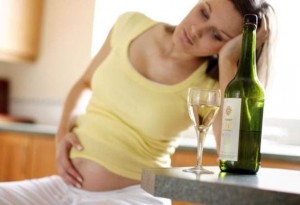 I woke up this morning to headlines blaring about the danger of alcohol to pregnant women or even women who might be pregnant. The warnings say quite explicitly that a woman who is pregnant, who is trying to get pregnant, or who is having sex but is not on birth control, should never drink. That’s the recommendation.

The warning is specific and terrifying:

Alcohol use during pregnancy, even within the first few weeks and before a woman knows she is pregnant, can cause lasting physical, behavioral, and intellectual disabilities that can last for a child’s lifetime.

I’ve long heard that drinking was considered a bad idea for pregnant women but this new study seems to prove this theory beyond a doubt. Or at least that’s what the dire warning from the CDC would have you believe.

If you read the Wikipedia Article the results are much more in line with what a reasonable person might expect.

Yes, you heard that right. Husbands and boyfriends who have less than two drinks a day give an equal chance of impacting a child with FAS as do the women who are actually pregnant. That’s what the studies show.

Yet, with this evidence in hand, the CDC states unequivocally that women should not drink at any time if there is a remote chance of them being pregnant or if they are, indeed pregnant. Do not have a single drink!

I’m all for studies and I have no problem with government agencies issuing warnings and advice. The government does not have the power to make a woman stop drinking if she is pregnant nor should they. One of government’s jobs is to give us the information we need to protect ourselves. I support performing such studies with my tax dollars and informing the public of the results. After that it is up to us to decide how we wish to behave.

That being said, the shrill and dire language of this warning smacks of Big Brother. It is the government twisting results to match their desired outcome.

Present the facts as they exist and, for a moment, pretend that we citizens are adults capable of making good decisions based on those facts.

One thought on “CDC, Pregnancy, and Alcohol”