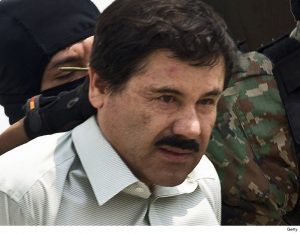 One of the leaders of the Mexican drug trade, Joaquin “El Chapo” Guzman, escaped from prison the other day.

Guzman’s story is so illustrative of why the United States should not be meddling in the affairs of foreign countries that I can’t pass it up without writing a blog, although I’ve done so before.

The entire Mexican drug trade exists largely because of President Ronald Reagan. Yep. You heard me right. I’m not some crazy, anti-Republican democrat. It’s the truth. There are some pretty important people in the United States who have no desire to extradite Guzman to the United States because of the stories he can tell. Stories about high level Reagan administration officials who are still alive and who still wield influence in our nation.

Guzman worked for a man named Miguel Ángel Félix Gallardo (who likewise has never been extradited despite the fact he ordered a DEA agent named Enrique Camarena tortured to death). Gallardo built the entire Mexican drug trade with not only the knowledge of the United States government but with their help. Why? Because he was funding the Contra revolutionary group that President Reagan wanted to use to oust the Sandinista government in Nicaragua.

Yep. I’m not making this stuff up. Do you remember Iran-Contra? That’s where Oliver North helped sell anti-aircraft missiles to Iran in order to get money to fund the Contras. There is considerable evidence to suggest that North was also working with Panamanian strong-man Manuel Noriega to directly bring cocaine into the United States via the CIA in order to use that money to … yes … fund the Contra.

What a sordid, sick, sad tale.

This is the result of our meddling. This is one of the legacies of President Reagan.

All because we wanted to influence the political situation in Nicaragua. When the Sandinista government came into power, President Carter didn’t like them but he agreed to allow their legally held elections to stand and refused to get involved. President Reagan reversed this policy when he came into power.

You may not like President Carter very much and you may love President Reagan. At least be aware of the realities of their policies. President Carter isn’t guiltless in the meddling game in that he continued our misguided attempts to influence the country of Iran. Those policies largely created the entire terrorist network that exists today. Yay for meddling!

We should stay out of the affairs of foreign countries even when we don’t like their policies. This meddling is directly responsible for both the rise of terrorism and the rise of the Mexican drug trade.

Oh and end the War on Drugs.