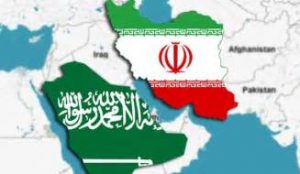 I think there is an astounding gap between the perception and reality of the people in the United States as to our ostensible ally, Saudi Arabia, and our declared enemy Iran. This misperception between Iran and Saudi Arabia has been fostered by the politicians of the United States for so long and so consistently that it is all but unassailable.

I’m willing to assail. Iran is a far freer country built along the ideals of the Founding Fathers than Saudi Arabia has ever been. Iran is certainly not a free nation, it is ruled by a theocratic council but the reality is individuals in Iran enjoy a far higher degree of freedom than people in Saudi Arabia. The problem is that Saudi Arabia is deeply tied both politically and financially to the United States, therefore the official position is that Saudi Arabia is our ally.

The myth that Iran is our natural enemy is almost completely the fault of the United States and political machinations dating back to 1953 when the CIA engineered the overthrow of the freely elected government in Iran, largely at the behest of oil companies. Our puppet government was eventually overthrown by a popular revolution twenty-six years later in which United States citizens were captured at the embassy and held for well over a year.

After this incident, the supposedly enlightened Democratic President, Jimmy Carter instigated a series of sanctions against Iran that largely still exist. Iran then began to engage in many activities that were designed to harm the United States, including financially supporting and training terrorists. That’s bad, true. Reality is the despotic theocracy of Saudi Arabia spends far more money to educate, train, and deploy terrorists than Iran has ever done.

The Madrasa, or religious schools that spawned generations of Fundamental Islamic Terrorists, not only largely started in Saudi Arabia but still exist, right now. At this very moment, these schools are teaching young Saudis, and others around the world, how to hate the United States. They are pumping millions of dollars into terrorist organizations.

Meanwhile Iran is holding free elections, something that doesn’t happen in Saudi Arabia. In President Trump’s visit to that country the Secretary of Commerce, Wilbur Ross, was apparently pleased to note there wasn’t a single protestor to be found. Yep, Secretary Ross, they are in jail being tortured or hiding from a violently oppressive totalitarian state. That’s not a good thing. It’s a terrible thing. In Iran, our enemy, people are allowed to march and protest.

The nature of our political alliances with Iran and Saudi Arabia are fundamentally backward. When we refused to recognize the Iranian Revolution; we began a long descent into the situation we find ourselves in today. There is but a single reason we consider Saudi Arabia an ally and that is money. They hold an enormous amount of our National Debt. Yet more money flows directly to political leaders and business leaders.

Our military complex sells huge amounts of arms to Saudi Arabia but, to balance the books, the United States navy spends far more to keep the Gulf of Arabia clear for supertankers. Navy money comes from taxpayers so the trade seems perfectly fair to government officials and business leaders feasting away at the trough. They pay nothing and reap rewards so steep it is all but impossible to quantify.

To sum it up: We’ve sold the integrity of our nation, we’ve betrayed the ideas of the Founding Fathers, and we’ve created a hostile and unstable world simply because someone gave our leaders enough money.

The good news is that it is not too late. I’m no naïve fool, I understand we can’t immediately disentangle ourselves from the financial net we’ve woven with Saudi Arabia. I don’t think we can simply expect Iran to start acting as a better nation. I do think we can begin the process. We can start to hold both of these nations to better standards. When Iran acts freely and democratically we can support them even if we don’t agree on all issues. We can start to sanction Saudi Arabia for their theocratic state in the same way we currently punish Iran.

We have a long road ahead of us, but we’ll never get to where we want without taking that first step.

3 thoughts on “Enemies and Allies: Iran and Saudi Arabia”