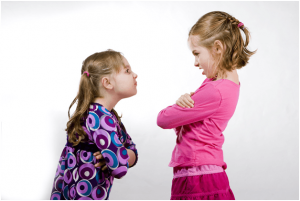 The editor of the prestigious National Review, Rich Lowry, is currently engaged in a nuanced and intellectual debate with the leading Republican candidate for President of the United States, Donald Trump.

I’m reminded of the discourse exhibited by the likes of Alexander Hamilton, Thomas Jefferson, James Madison, and John Adams as they discussed their differences during the formation and early years of the United States of America. They, like Lowry and Trump, were engaged in exceptionally important matters. They wrote carefully worded editorials explaining their points of view and we have a historical record to remind us of these titans who created this great country of ours through the force of their will.

Trump and Lowry show the same depth of thought as Hamilton, Jefferson, Madison, Adams and the other Founding Fathers displayed at a time when they were barely removed from the breast of their mothers.

Is anyone else ashamed to be a citizen of this country? These twitter rants smack of arguments I had with my sister on a long road trip when I was five years old, I blush for the United States of America. I blush!

Leading journalists, the men and women who want to lead this country, the editors of influential journals, they are as children. Squabbling elementary school kids hurling insults at each other on the playground.

These are the choices we have? You, the voters, are responsible for this mess more even than the bickering babies who foist their idiocy upon us.

You, the voters, could choose to cast your ballots for reasoning adults who discuss their differences like adults and compromise to find solutions. But no, you prefer the quip, the one-line insult, the impossible idea, the pleasant sounding lie, the red-faced buffoon.

If you like whining, egocentric, hold their breath until they get their way babies in charge of this country, well, don’t be surprised when your nation functions like an unsupervised kindergarten class in a room filled with paint and brushes.

We get what we vote for in this country. Good or bad.