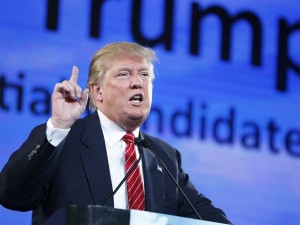 I’ve been watching the rise of Donald Trump as a viable political candidate with some interest of late and I just saw a sound blip that I thought was very telling.

At question was the fact that Trump led business endeavors have gone bankrupt four times. Trump correctly denied that he had ever gone bankrupt. He pointed out that virtually everyone you see in the business section has used Chapter 11 laws to their advantage and that only Trump is being singled out.

He’s right. I don’t say this to defend Trump. I say this to point out that the way to succeed in business in the United States is to start a company, pay yourself and your chosen friends a huge salary, take out as many loans as possible for as long as possible, and then declare bankruptcy leaving the banks to make up the lost capital by overcharging average citizens. This is our business model now.

If you are a small or medium sized business owner trying to provide a quality product at a reasonable price, trying to employ good people to enrich their lives, and trying to earn a good living; you’re headed for disaster. If you think pro-business Republican candidates are on your side, you’re living a lie. I’m not saying Democrats are any better but if you keep voting for Republicans you are voting against your interests.

There was a time when good business owners did stress making a great product or providing a good service. When employees were part of the team for life. When profit was nice but not the most important factor. Those days are gone.

Want to succeed in business? Give yourself and your friends a huge pay raise. Take out as many loans as possible. Drive your company into the ground. Declare bankruptcy.

Then what, you ask?