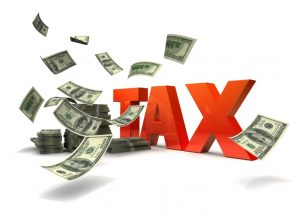 The United States is owed about $138 billion of tax debt by millions of taxpayers who never sent in their checks. That’s a lot of money and Congress has tried to collect it on numerous occasion. It strikes me as ironic that Congress is so angry about people who can’t pay their bills. You see, the reason Congress desperately needs the money is because they themselves can’t pay their bills.

Congress recently passed some legislation that allows third party companies to collect that debt with a twenty-five percent collector’s fee. This is the third-time Congress has tried to recover this tax debt and each time it ends up being a money losing endeavor.

These attempts at hiring private collectors have completely failed because the biggest share of the money owed is attributed to people living on or near the poverty line, they just can’t afford to pay.

It’s true the uncollected tax debt Congress is trying to recoup amounts to only a tiny percent of what is owed. It’s true that most of the debt is basically uncollectable. It’s true every dollar collected is money taken out of the economy which would otherwise be spent on food, rent, or other items. A lot of people are writing about these things.

That being said, I’d just like to wax poetic about the irony of it all. Congress has now driven the United States into a nearly $20 trillion hole.

Why would anyone willingly pay money into this black pit of debt? Congress has shown complete irresponsibility in spending your tax dollars and now is irate that you are getting a little bit tired of paying? They want to send debt collectors after you?

How about someone sends some debt collectors after Congress? Would you be all that upset if you found out angry and forceful debt collection agencies were calling member of Congress and their families every day? If they declared in no uncertain terms they needed to see payment on that debt? Hey, bub. It’s been a while since your last payment, think you can go without that sporty new F35?

I understand that the United States is paying interest on their debt and the two situations are not analogous. Still, I can’t be the only one who finds this situation borders on the ridiculous. It’s like some sort of situation comedy. A criminal accosts you and steals all your money, spends it foolishly, and then is angry because when she or he tries to rob you again, you’re broke.

We’re not only dealing with people who just can’t afford to pay their taxes, we’ve created an environment where people consider paying their taxes simply contributing to an out of control spendthrift. Why should I give money to you when you’re just going to spend it unwisely?
If the government spent our money with some care, it seems to me that we might have less uncollected tax money. I’d certainly be happier about paying my taxes if I thought it was being wisely used and I don’t think I’m alone.

Ah, the irony of it all.