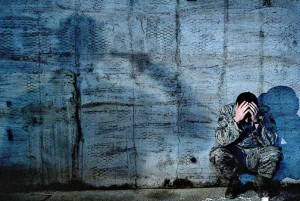 I read a story this morning that makes me angry. Congress has passed a bill concerning the prevention of suicides in U.S. soldiers. Do you think that’s a good thing? It’s certain our representatives think you think it’s a good thing because the Senate passed the bill by a vote of 99 – 0 with the one missing voter being the sponsor who wasn’t at the capital in time to vote.

As you can probably guess already, I’m opposed to the bill. Before you get out your lynching rope let me explain.

First off the 22 suicides a day in relation to the total number of U.S. soldiers is pretty much in-line with suicides per day of non-soldiers in the United States. This article goes into a number of permutations of the statistics but I think it’s safe to say there is no “suicide epidemic”.

But that’s not the real reason I’m opposed to this bill. If you read the original article all the way to the end you get this little juicy tidbit that tells us everything we need to know.

The latest version of the bill orders the Veterans Affairs Department to find money for suicide-prevention programs within its $160 billion budget.

There you have it. The bill gives no direction and assigns no funding with which to achieve the goal. Please find some money to do something to fix the problem. Look at me! Look at me! I passed a popular bill. Vote for me! The bill does nothing? Who cares, I’ll vote for it anyway.

Not a single Senator of this great country was willing to call out this nonsense for what it is. Not one had the courage. That’s the problem.

If you applaud this bill and thank your Senator for passing it … you’re part of the problem.

I’m absolutely for trying to get our soldiers, and our civilians, the mental health care they need. I’m all for preventing suicides. But saying I’m for it does nothing. Actually doing something like laying out a map for how to better recognize suicidal tendencies in soldiers or hiring more psychiatric doctors at Veterans Hospitals would seem like a good ideas. This bill? No ideas, no money, just an attempt to win votes while achieving nothing.