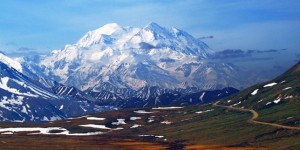 It’s not exactly the most major news story in the world but the Department of the Interior just changed the official name of Mt. McKinley to Denali.

The mountain is the tallest in North America and to say it is majestic is not to give it full credit. There has been dispute over it’s name virtually ever since it was officially named Mt. McKinley. This was done by the United States government in 1917 to honor the recently assassinated President, William McKinley.

Before that it was largely known as “The Great One”  or “Big Mountain” in various languages. The word for this used by the natives in the region was Denali. Despite the official renaming of the mountain it has generally been called Denali by people in Alaska and starting in 1975 they asked the government to change the official name. This was steadfastly blocked by Ohio Congressman Ralph Regula. Regula retired in 2009. McKinley was from Canton, Ohio, which is in the home district of Regula, thus the unwillingness to make the change.

I’ve been to Denali National Park and I recommend to you without reservation that you should visit Alaska and the park at first opportunity. It is a magnificent state and park. You will see whales breaching, grizzly bears, the mountain itself, and much more.

But on to the question at hand. Did President Obama and the Department of the Interior do the right thing? Opinion, not surprisingly, seems divided along partisan lines. Why this is so baffles me but I no longer question the reality that some people will oppose an idea simply because of the person suggesting it rather than the nature of the idea itself. This sort of blind antipathy or support is foreign to me, something to which my mind cannot submit. To me an idea has merit or lacks the same simply based on facts, not the person presenting it.

What are the facts here?

The mountain was called Denali by the people who lived there at the time. The people who currently live there have continued to use that name all along. The name McKinley has no actual association with the mountain. President McKinley did not visit the mountain nor have any special attachment to it.

It’s an easy call for me. The name changing was long overdue and the appropriate action to take.