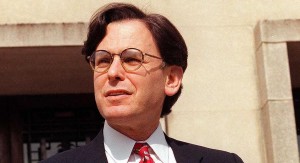 I just read a story that churns my stomach.

I’m sure everyone knows that there is an investigation into a private server Hillary Clinton used to send government emails on. After much wrangling, the information on that server was turned over to a committee. The story I just read contained multiple quotes from a fellow named Sidney Blumenthal in emails to Clinton that are private communications between two people not involving anything remotely classified.

This means that whoever has access to those emails is releasing them to embarrass people. I don’t care if you’re a democrat or a republican. You should be horrified by this abuse of power. I don’t have to question if my libertarian friends are horrified, I know they are.

This is vile beyond my ability to express. This is government abuse of private information on a level that sickens me.

Whomever released this information should be fired at the least and possibly prosecuted for criminal violation of privacy rights. I’m no lawyer and I can’t say if a law has been broken but this most certainly disgusts me.

I really don’t have anything to add. Vile. Disgusting. Morally bankrupt. Evil.