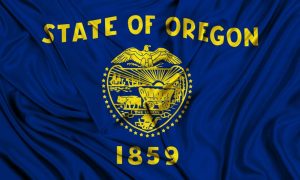 There’s a story in the news about a fellow in Oregon who was fined by the State Engineering board for claiming he’s an engineer when he’s not, at least not licensed in that state. The entire story involving the length of traffic lights is being debated in many places but I’d like to discuss a larger topic, state licensing boards. They’re a problem.

The first thing we must look at is why they exist in the first place. Why does someone have to actually be licensed to practice? The basic idea is that people can and do pretend to be things they are not in order to bilk people out of their money. There are many examples throughout history of this sort of behavior. Even today we see people practicing rudimentary forms of enhancement surgery that end up causing a great deal of harm.

If we have a listing of licensed practitioners, then people can review this list to ensure the person with whom they are dealing is actually capable of performing the job. Would you go to a doctor who wasn’t board certified? That’s the concept.

There is also the ability to remove the license from a dishonest or incompetent member. Lawyers are disbarred for unethical behavior fairly frequently.

I don’t doubt the good intentions behind these licensing boards. We don’t want to hire an unqualified engineer, doctor, or lawyer. Unfortunately, what many of these boards have become is simply revenue generating machines. Basically, pay the fee and get a license to be a massage therapist, a taxi-cab driver, a hairdresser, and on and on and on.

In this particular case, the board becomes a bullying agency and uses its power to punish anyone who even so much as attempts to levy a criticism against it. The state should never harbor those who attack opponents. It should be neutral, but unfortunately that’s not always the case.

These two trappings, money and power, have turned what for all appearances is a good idea into something insidious and terrible. I’m sure there are many excellent licensing boards out there. I’m certain many good people work for these boards and do their level best to make sure people performing professional services have the correct skillset to do so. I’m equally certain that quite a number of these boards exist almost exclusively to bully those with whom they disagree and as a source of revenue for the state or municipality.

I’m not one to pretend there are easy solutions to all these problems, but state required licensing is clearly not a perfect answer either. There are plenty of scam artists out there who paid the fee to get licensed but can’t perform the required services satisfactorily. There are plenty of qualified people out there performing services without licenses, simply because they can’t afford the process of getting one.

What is the solution? Can we simply eliminate such boards and let the buyer beware? While that method depends on the intelligence and diligence of the consumer, it has its appeals in this information age in which we live. It is not difficult at all to go online and determine if that painting company has a track record of doing their job properly. Do we still need the government to license them? Particularly when we know the pitfalls of such licensing agencies.

Another option is to have a more liberal view of professional ability. In the case in question, the fellow being fined actually has a degree in engineering and practiced in his native country. He does not practice in Oregon and thus forego the time and expense of getting licensed. That the state did not recognize his skills in no way indicates he is not a capable engineer. His lack of licensing and obvious understanding of the subject matter prove this point.

What if we automatically conferred a license to every individual who graduates with the appropriate degree from a college or trade school? I recognize that we can get nitpicky about this. Perhaps the college is merely a diploma mill that doesn’t actually teach the students the required skills.

I think some combination of the above ideas is probably the closest we can get to a true solution. My hope is that technology will eventually give the consumer the information they need to operate without any sort of governmental intervention. Wouldn’t that be nice?