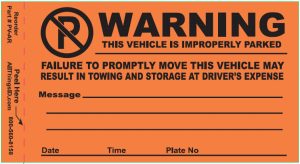 The city of New York is crowded and parking is at a premium. Because of this the city rakes in millions of dollars in revenue from parking tickets. How many millions? Over $500 million last year and on pace to top that by $100 million this year. For companies that have to work in the city, this is largely considered to be a business expense. Want to work in New York city? Put a few thousand in the budget for parking fines.

You can’t provide a service in the city without racking up thousands of dollars in parking tickets. Tickets are such an important factor in doing business in the city that they actually created an industry of their own, people who get the fines reduced or removed. All for what? Money. That’s a big problem. A business wants to make money and this is a good and normal thing. The role of government is far different.

One of the primary functions of municipal government is to make life better for those who live and do business in the city. It is not to harass them and fund government coffers with fines. I understand the city is crowded and people will park illegally. However, I wonder how many lovely parking lots could be built for $500 million?

That’s what a responsible government does. It sees a need that can’t easily be solved by local businesses and people and goes about fixing the problem. At least that is what government is supposed to be about. Naturally, government has simply become a money churning machine. It takes money from citizens and redistributes it to a chosen few.

When government pursues a course of action simply designed to sustain itself, it has failed. Yes, parking in cities like New York, Chicago, London, Mexico City, and other crowded metropolis’s is a serious problem. So is traffic. The function of government is to resolve these issues, not profit off of them. The city of New York issues citation for good reason. When cars and trucks are parked illegally, it causes congestion on the roads. Businesses use vehicles to delivery their goods and transport personnel from one location to another. Parking is all but impossible to find because there are far too many vehicles and not enough parking spaces.

The answer is not easy. Every parking lot takes up space which otherwise might be used for a residence or business. Underground parking lots are expensive. That being said there must be creative solutions available. Perhaps a massive parking lot in central New York built underground with rentable powered sleds that allow transport of large items a nominal distance. The lot has a small fee associated with it paying for upkeep and monitoring. I find it impossible to believe the many people who do business in the city wouldn’t be happy to use such a lot, rather than pay fines and clog up traffic.

In addition, it means fewer people must be employed by the government to issue the parking tickets. To roam the city continuously looking for violations. Fewer people must process the tickets.

The end result is always an incredibly important consideration. If the businesses that work in the city simply assume paying parking tickets are part of standard operations, that means traffic gets clogged up anyway. The tickets aren’t successfully achieving the desired result.

Creative solutions to parking issues isn’t my specialty, I admit as much. But I imagine, with absolute conviction, that $500 million might well be able to create and maintain solutions that not only unburden those doing business in the city but also help those who must get from Point A to Point B by actually helping alleviate the traffic problems.

I’m certain there are other people with great ideas out there that don’t involve tickets, but I’m not sure the municipal governments want to consider them. That’s a shame, for all us.