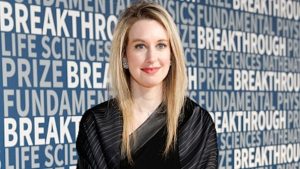 There’s a fairly big story in the news about a company called Theranos and its founder, a woman named Elizabeth Holmes.

Holmes founded Theranos based on the idea that they could perform accurate lab tests with a few drops of blood, using a secret test called Edison, when before it took vials to do the same thing. The promise of such tests and the charisma of Holmes was enough to attract over $800 million in investments. The original claims of Holmes, who attended Stanford in an attempt to get a degree in Chemical Engineering but dropped out, were met with skepticism by the medical community but that didn’t stop hopeful investors.

Theranos built their labs and began performing tests for companies like Walgreen’s. Eventually it came out that the Edison test Holmes and Theranos claimed was accurate was anything but. Their lab conditions did not meet any sort of standards and they were actually using machines built by competitors, not Edison testing machines.

At one point Theranos tried to get a contract with the United States military. Military inspectors found serious problems in Theranos labs and asked the Food and Drug Administration to step in and investigate. This request was denied by Marine Corps General James Mattis. Mattis then retired and took, among other things, a position on the Board of Directors of Theranos.

The latest news is that the Centers for Medicare and Medicaid Services is considering banning Holmes and Theranos from owning or operating a laboratory for up to two years. They became embroiled because the company was collecting money from those government services.

That’s all background though. What I find interesting is the role of the government in all of this. What Holmes did was clearly dangerous to many people. Patients and their physicians were getting bad lab results and acting in good faith on them. Investors believed the lies of Holmes and gave her a great deal of money.

What I want to examine is how Theranos was eventually brought down, or at least curtailed.

It all started when the Wall Street Journal published an article back in October of 2015 citing many problems in Theranos labs and also numerous inaccurate statements made by Holmes. She claimed partners that did not exist and regulation approvals from the government that had not been issued. Later that month the Food and Drug Administration stepped in because they had not tested the Edison equipment (Theranos was claiming it had been approved). Soon after this Walgreen’s, Safeway, and the Cleveland Clinic Hospital pulled out of contracts with Theranos.

This is all good. I’m totally on-board with this. This is government doing what it is supposed to do. It made information available, thanks in no small part to media intervention from the Wall Street Journal, which then allowed businesses like Walgreen’s to make informed decisions.

To my way of thinking it is the combination of the two that offers the best results. Government gives us pertinent information and lets businesses and people make the final decisions.

It’s certainly not perfect but suspect nothing is.