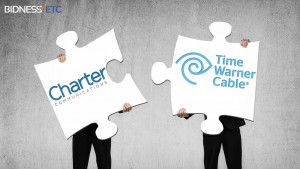 For years Charter Communications was the only way I could get internet service. The company was founded here in St. Louis and I had many dealings with them. I’m not a fan. I won’t go into details but the only thing that rivals the stories I have to tell are those I read from Comcast customers.

They are now the fourth largest cable operator in the United States and poised to become even larger with the purchase of Time Warner Cable. I cannot tell you how much this bothers me. It is an example of everything that is wrong with our capitalistic system here in the United States. My personal hate of Charter aside it is a travesty of what true capitalism is all about.

What happened is that Charter made many acquisitions in 1999 as it attempted to grow. These proved disastrous in the long run as they created an enormous amount of debt which eventually overwhelmed the company in 2009. If the economic system in which we live was truly capitalistic what would have happened is that Charter’s competitors and new companies would have purchased the equipment and hired the people away from the company as it succumbed to its mountain of debt. These would have been the well-run cable providers and aggressive new entries into the field. It’s not what happened.

What happened is Charter filed for bankruptcy and avoided paying over $8 billion in debts and then continued to operate at a huge competitive advantage over its rivals. With this massive debt erased by the wave of a judge’s magic wand they were instantly able to swamp rivals and become a leader in the industry, all thanks to their complete mismanagement. Yeah!

This is the business model in the United States now. Failure just means you don’t have to pay your bills so you can grow more. If you buy enough Congressmen you’ll get laws passed so you succeed no matter what your business model. It’s a plan that is horrible for consumers and in many ways is destroying our freedom.

We Libertarians believe strongly in rewards going to those who succeed but we also believe that those who mismanage their company must fail. In this country you don’t fail anymore because politicians pass laws to help their cronies. It’s called Crony Capitalism.

We in the United States no longer live in a capitalistic economic system or even a Republic. We live in a Plutocracy where moneyed interests subvert true capitalism.

If you’re a Republican who believes in the market and capitalism I have some advice. Stop voting for Republicans.

If you’re a Democrat and believe in freedom of choice than I have some advice. Stop voting for Democrats.