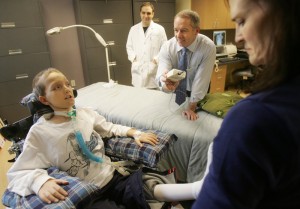 There’s an interesting story in the news today about a young man whose story was made into a book. He was in a coma for a couple of months and when he came out of it he made up a story about going to heaven.

This comes as a huge surprise to me. Obviously not because he made up the story, I knew that all along, but because he admitted to making up the story. That’s a real shocker. Once someone commits to a massive lie, as did Alex Malarkey, it’s unusual to see them admit to it. Usually, like say Vice President Cheney and the weapons of mass destruction evidence, they won’t back down regardless of the evidence proving their story was a lie.

At first I was ready to applaud Alex for his admission but as I read the article it became clear to me that perhaps his motivation was not simply coming forward with the truth. It seems clear he is angry that the book publisher, author (his father), and others are making a lot of money off of his name and this rankled his sense of fairness. Lying for the last six years apparently not so much. Fooling millions of people with his lie didn’t bother him as much as the fact that someone else, his father the author, was making money off of his name. Once his parents divorced and mom wasn’t getting her share of the profits, suddenly it was a lie.

Good for Alex for coming forward, I suppose, but I’m not all that impressed. He is still using religion in his quest to get what he wants. He makes an excuse for himself by saying that only the bible is accurate (nonsense, of course) and that all men lie. Perhaps we all do lie about some things, particularly to ourselves, but all of us don’t lie about what we experienced in a coma. Some of us have more character than that. I’m willing to give Alex a small break because he was a young boy when he told the original lie but his coming out now, six years later, and apparently with the soul motivation of his lack of remuneration for the book doesn’t garner my sympathy.

The most ridiculous quote from the now suddenly honest Alex is: They should read the Bible, which is enough. The Bible is the only source of truth. Anything written by man cannot be infallible. Hey Alex, the bible was written by men.

Alex’s message largely seems to be driven from his mother who admits that she knows what it is like to be pulled in. By this she means she willingly participated in the scam because she thought it was going to make her a lot of money. When she finally realized it wasn’t she suddenly gained a conscience.

The whole thing is despicable. From beginning to end. I have no kind things to say about Alex, his mother, the book publisher, the book author, or anyone involved in this money grubbing scam. I have no doubt we’ll be hearing more from Alex and his amazing conversion in the future, although this time he and his mother will be sure to get the contracts right so they reap the profits.