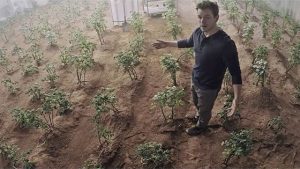 Scientists are About to Eat Radishes Grown in Martian Soil blares the headline.

The implication is that we’ve grown Radishes on Mars or at the very least that we have Martian soil here on Earth that we used to grow some radishes. The reality, not so much.

The radishes were grown in a nutrient poor soil designed to be similar to Martian soil. I’m guessing it wasn’t grown under the same conditions we’d find on Mars.

Interesting experiment, no, not even that. There are all kinds of people working on growing crops in nutrient poor soil. Pure click bait. The experiment itself, the story, and the headline especially.

I do love me some radishes though!