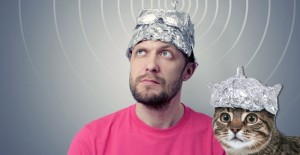 I have a number of friends on Facebook who are all-aboard the anti-GMO movement despite my best efforts to dissuade them. I spoke about the safety of Genetically Modified Organisms here but that’s not what I want to talk about today.

What I’ve noticed in the last few months is an interesting transition in the tenor of posts from anti-GMO Facebook sites. At first they were filled with ridiculous and unsubstantiated claims about various GMO dangers with links to studies that had no scientific basis. As time passed I noticed another other group latching on to the anti-GMO movement and posting comments. The anti-Vaxxers.

Then I began to see a trickle of posts from the anti-GMO sites that were actually about vaccinations. They followed pretty much the same script as the original anti-GMO posts. Lots of misinformation, an almost absolute vacancy of facts, and much fear-mongering.

As time has gone on the anti-Vaxx group seems to have completely taken over the anti-GMO Facebook sites. Virtually every post I see from a source such as GMO Dangers is not about GMOs at all but about vaccinations. The comments are filled with people railing against vaccinations and those who oppose GMOs are almost completely absent except for those who belong to both groups.

I would say that every anti-GMO person with whom I’m personally acquainted is a strong believer in vaccinations. They despise the anti-vaccination group and believe, rightly, they are proposing a dangerous policies.

I can only assume my friends who once supported the various anti-GMO posts have fled to higher ground. I am curious, though. Are you an anti-GMO person? If so what do you think about anti-vaccination people taking over your cause? Does it make you question your opinion that such as they are metaphorically with you?

What does it say about the conspiracy mindset?

Let me know in the comments, I’m interested in your opinions!