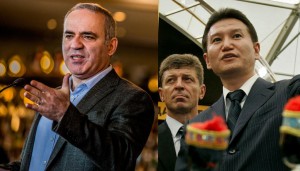 There’s an interesting story in the world of chess that I think illustrates one of the problems with so called Ethical Codes.

Former chess champion Gary Kasparov has been forbidden to hold office in the chess federation, FIDE, for two years because of an accusation of attempted bribery during his recent campaign to become president of that organization.

Ethical Codes are created by organizations as a way to prevent behavior that they considered unethical. If an employee violates this code they are subject to punishment up to and including termination. The modern use of such codes in business is often related to justifying punishment rather than preventing unwanted behavior.

I’m not completely opposed to such codes. I think an organization has every right to create their own rules. I recently wrote about how the U.S. Soccer Federation should prevent Hope Solo from participating in the Olympics because of her troubling off-field activities. Likewise I spoke about the NFL’s sanctioning of Ray Rice for similar transgressions.

The problem in this case is that the FIDE is absolutely and totally corrupt. It is run by a man who routinely uses bribery to implement policy. To have such an organization stipulate ethical violations against a member for doing exactly what they themselves do is a rather tough pill to swallow.

When a code is applied unfairly it’s not really a code at all. It’s just a cudgel used to keep those who disagree in line and punish enemies.

What is to be done?

I’m opposed to removing such codes because I think any organization has the right to create their own rules. I’m also against a higher agency coming in and dictating how an organization applies it codes because this just means corruption moves up to that higher agency. The problem is not solved at all, despite the illusion of improvement, and in many ways made worse because the higher the agency the more people it has control over.

The only real solution is for members of the organization to see through the facade and elect better representatives or form their own group.

It’s not easy to convince those currently in power that misapplication of rules in a way that benefits them is, in the long run, bad for them. It is. If one person can misapply rules to gain advantages then soon enough someone will come to power who is not your ally and will use the same methods against you. It is far better to apply rules fairly and evenly and allow the best to succeed within the confines of your structure.

While that philosophy is comforting, the pragmatist in me realizes that reality is not. Kasparov is banned. The FIDE is corrupt. No solution appears imminent. Those in power and those who support them seem perfectly happy with the arrangement as it is. They have enormous bankrolls and there is no shortage of people willing to do anything for money. The Libertarian ideal is but a dream.

What can I do about it? I’ll write another book and hope the leaders at FIDE read it, understand it, and apply the principles of freedom to their organization. What else can I do?