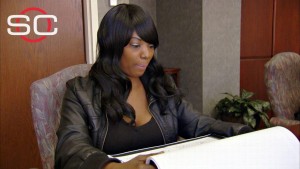 There’s an ongoing story involving strippers and prostitution at the University of Louisville in which the evidence strongly suggests an assistant coach paid for women to dance naked and perform sex acts with basketball recruits and players.

At this point no criminal charges in the incidents have been filed and there is some doubt as if a crime has been committed. The head coach of the basketball team, Rick Pitino, has emphatically declared that he knew nothing of the parties at Billy Minardi Hall.

There are a couple of issues on point here for me.

The first question I ask is why anyone is in any trouble at all? From reading the various accounts of the incidents the recruits, the assistant coach who paid for the parties, and the women were all adults and engaged in the various activities without coercion.

My second issue is Pitino’s denial of any knowledge of the events. I argue that if someone wants to pay consenting adults to dance and potentially have sex with them then that’s a private contract between those individuals. However, I despise the “I didn’t know about it” argument. If you didn’t know about it, you should have known about it. You’re the head coach! What goes on during your watch is ultimately your responsibility.

If it were not for the NCAA I don’t think there would be any problem with the events as they apparently occurred. Certainly the NCAA can have whatever rules they want for their organization as long as they don’t run afoul of the Constitution. Therein lies my third issue, my favorite whipping boy, the NCAA.

Why do they have these rules?

The argument is that without restrictions preventing schools from offering favors to recruits, the richest schools would offer the biggest rewards. I’ve got news for you, NCAA. They already do. They build enormous stadiums, weight rooms, luxurious dormitories, lush cafeterias, fancy game-day uniforms, and other benefits in order to lure the athletes. Television exposure is a powerful incentive to a student who hopes to go onto a professional career and even just a kid who wants to be seen. Rules to prevent a coach from buying a bagel with spread on it are trying to close the barn door when there isn’t even a barn door to close. It’s wide open.

So a school has sex parties to entice recruits. I have no more problem with that than I do with a school housing them in special dormitories. It’s a salacious story and people like that, but let’s look at the root of the issue. The schools are making money from the games and want the best players. The players are workers, like it or not, and just like you and me, should be compensated for their work. They get a scholarship, true, but they have a right to any compensation their employer wants to give them. Is your salary capped by an organization? Do you make exactly the same as all the other workers?