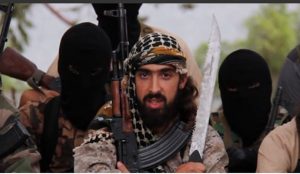 When we do something wrong we don’t claim responsibility for our actions, we admit culpability. I’m a writer and well aware of the power words convey. I’ve been thinking for a number of years that we should start using different verbiage after terrorist attacks.
Anyone who claims they took part in a terrorist act is admitting they have done terrible and irreparable harm. They are saying they admit culpability to their vicious crime. Let’s call it what it is. That’s what I think at least.

Some might argue terrorist organizations have succeeded in their goal and therefore they can claim credit. That the attack is ostensibly a good thing from the point of view of a terrorist or those that support such. The reality is far different. I’ve written before, at some length, how terrorist attacks actually harm the people they are intended to help far more than immediate victims.

If you look at the larger picture of a terrorist attack, the only conclusion to draw is the people the act purports to help, suffer horrifically. I’m not even sure what the terrorists hope to accomplish anymore, but their stated objectives are generally based on the removal of oppressors from their land. The problem is their actions don’t work. They just make the oppressors more virulent, violent, and oppressive.

There is no doubt the theocratic regimes in Saudi Arabia, Yemen, and Egypt are extremely brutal. Those governments are backed, almost without question, by the United States. I get where the terrorists are coming from, I really do. I know this point of view will raise eyebrows. The reality is people who are carrying out these violent attacks have a legitimate complaint. The problem is their method simply makes the situation worse; for the terrorists and the people the terrorists hope to help. These actions generally create sympathy and solidarity within the governments the terrorists hate so much.

For every person killed by a terrorist, thousands of those the terrorist purports to support are killed. The regimes they hope to oust are made stronger, the oppression greater, and the resolve of the western nations that support them more stalwart.

Doing as I suggest is not going to stop a terrorist from carrying out heinous activity. They are bent on their destructive ways and there is likely nothing anyone can do to talk them out of it. Still, I think it’s best to use the proper words in situations like this. It’s culpability we’re looking at, not credit.