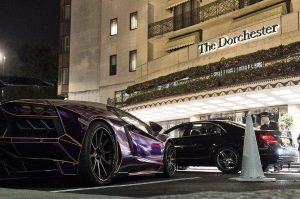 There’s a pretty interesting story making the headlines in London and throughout England in regards to the President’s Club Charitable Trust where many members of a group of wealthy business men behaved crassly toward the young women who acted as hostesses for the event. What I find fascinating about the proceedings that transpired is problems could have easily been solved by some simple communication.

First, let’s review what occurred at the event for those not familiar with the story. The charitable gathering was attended by only men. The female hostesses were groped, propositioned, pulled onto laps, and otherwise harassed during the occasion. Before the dinner began the women were told their job was to serve drinks and put up with annoying men.

The woman who exposed the activities, Madison Marriage, was working undercover as a hostess and in her article, admits that some of the hostesses, most likely those who knew what to expect and came as a group, had fun and enjoyed themselves during the event but many others were horrified and tried to hide in the restrooms to avoid the situation. These women were escorted out and forced to rejoin the party. This dichotomy of experiences tells us virtually everything we need to know.

The President’s Club planners needed to communicate with the hostesses exactly what sort of behavior they could expect and the men attending needed to understand what sort of activities would be tolerated. I’ll give you an example. Marriage indicates a man in his seventies asked a nineteen-year-old woman if she was a prostitute. Many people find that horrific. I have no problem with it. He asked, she told him no, and he continued on his way; presumably without bothering her further. That is the way the entire event should have unfolded.

The President’s Club should have been explained to the men attending they should keep their hands to themselves unless a hostess acquiesced to whatever he had in mind; maybe just holding hands, or sitting on his lap, or perhaps even performing sexual services for an agreed upon financial return. That any man who violated these rules would be warned and ejected if they persisted.

Meanwhile, the hostesses should have been told men would be propositioning them, hoping to hold hands, sit on their laps, perhaps asked to gyrate in only their underwear but they were under no obligation to do so. It’s clear to me from the story that some of the hostesses knew exactly what to expect, turned down propositions they didn’t like, and acquiesced to those requests they welcomed. They earned money for attending the event and possibly got side payments for particular behavior.

Communication was the key element missing from this entire sordid affair. The women and men were all adults of legal age and competent minds. They just needed to know what was expected and what would be tolerated. If that had been done I think everyone would have had an enjoyable experience.

Sure, the men are pigs. I get that. I’m a fifty+ year old man. A like looking at a pretty young woman. I enjoy it when the attractive waitress puts her hand on my shoulder or touches my elbow. I don’t grab her ass or try to shove my hand up her skirt but I might touch her shoulder and say thank you. Perhaps she wants a larger tip or maybe she finds me attractive and hopes I’ll ask for her phone number; maybe she wants both! That’s her prerogative and I think it’s wrong to tell any young woman she shouldn’t attend an event of this nature; provided she knows what she is getting into and the men are punished for behavior that goes over the line.

The idea older men should not be interested in slap-and-tickle with younger women is a hopeless concept. Some men will always be interested. And the general assumption the women were all harassed, abused, and needed protection is also nonsense. Some women enjoy this sort of event and should be allowed to attend without shame.

The most egregious thing that happened at the event was the President’s Club forcing clearly uncomfortable women back to the party. That is despicable; the rest of it could have been easily avoided.