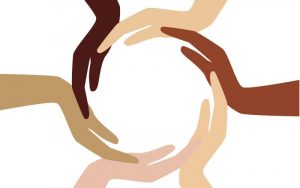 I hate to break the bad news to all the alarmist, but race relations are absolutely fantastic in the United States. Interracial marriages are at an all-time high. Tolerance of homosexuals is growing beyond any level seen before. Atheists like me are freer to come out and talk about our lack of belief with greater security than at any time in the history of our nation. I’m of Jewish descent as well and it’s never been a better time to be a Jew.

Ladies, Gentleman, Transgenders, Blacks, Whites, Asians, Gays, Straights, Jews, Christians, Muslims, Atheists, Old People, Young People, Hipsters, and all the rest; don’t believe the haters that crowd the comment sections or the talking heads who thrive on ratings. We are more willing to understand each other and put up with each other than ever. Race relations are better than ever.

A black man dating a white woman in Kansas, a cowboy in New York City, a hipster in Stillwater, a Cardinals fan in Chicago, we are more willing to live and let live than ever. Be a decent human and work hard, you are welcome just about everywhere.

That reality doesn’t make people who have a vested interest in keeping us apart happy. There are virulent racists in the world. There are misogynistic cretins. There are religious extremists. There are violent anarchists. These people are out there and their voices are loud but their numbers are dwindling.

The reason Islamic terrorists are blowing things up is because tolerance is winning. The reason White Supremacists are marching is because they are losing. The reason the comment section is filled with hate-filled rants is because these sorts are afraid others just want to lead their lives, that they don’t care about those other things. The internet has connected us to people all over the world who share like interests.

Does a redneck from Alabama love model trains? You bet. So too does a wealthy banker from New York City. They are online friends. They discuss their mutual interests and learn about each other. The difficulties of children, marriage, the hard day of dairy farming or investment banking. They discuss model trains and learn their mutual interests far outweigh their insignificant differences.

We are closer than we’ve ever been. We are not far from a world in which nothing matters but that which we enjoy. It is on the horizon, just in sight if you’re willing to squint and look closely. Kids today are more connected than they’ve ever been and they are linked with a wider array of friends than the world could even imagine twenty years ago. They are growing up in this world where all the meaningless external things that used to drive a wedge between us are invisible.

This frightens people. This terrifies authoritarian figures. This alarms those who don’t want you to be friends with people who are different in meaningless ways. They are reacting violently and that means the rest of us are winning, we just have to wait for them to die, and they will. Sad, angry, and surrounded by hate filled associates. They will all die.

This world is for the next generation, the tolerant generation. The best news of all is that it’s a wonderful time to be alive. It’s a fantastic time to be able to share your interests with people all over the world. It’s a time to learn and make friends that it would have been impossible to meet not long ago.

Relish this wonderful world. Find people who share your interests and ignore the angry voices that vie for your attention.

Forget about the fake troubles you read from various news sources that simply want your clicks. Those voices of hate? They are lying to you. They want something from you. Don’t give it to them.