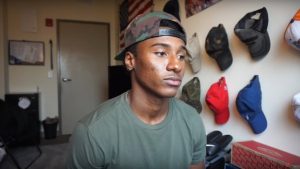 I’m a Libertarian and my hate for the National Collegiate Athletic Association is as great as my dislike for any government agency. The case of Donald De La Haye reinforces that opinion. De La Haye has a YouTube channel which earns him money. The NCAA told him he is not allowed to do that unless none of his videos involves his athletic endeavors, which are essentially a significant part of everything he does.

De La Haye’s channel had over fifty-thousand followers before the controversy and more now. YouTube has a legal agreement with members that pays them money depending upon a number of factors including how many people watch the videos.

It’s important to understand that in addition to being good at YouTube, De La Haye is also good enough at football to have received an athletic scholarship from the University of Central Florida. This means he doesn’t have to pay tuition, room, and board while attending the University in exchange for playing football for the Knights.

In essence, De La Haye was told to either give up your YouTube channel or your scholarship. He chose the scholarship. I think it’s a wonderful decision but I’m saddened he was forced to make it.

Now, some of you will be confused as to why the NCAA does not allow its student athletes to have jobs. The idea is that in the past, star athletes were given essentially fake jobs and paid a good salary as an incentive to attend a particular school. Rather than spend the time and effort required to ferret out those doing wrong, the NCAA decided to punish every student-athlete by preventing them from getting a job. This rule predominantly hurt athletes from economically disadvantaged families because they need extra money for things like purchasing dinner for a romantic interest or having a night out with friends.

Basically, throwing the baby out with the bathwater as the expression goes. The NCAA recently agreed to allow exceptions to the rule which is why De La Haye was permitted to appeal and was given the supposed choice to continue his YouTube channel as long as he didn’t talk about his athletic endeavors. This was, of course, no choice at all. His entire life is largely wrapped around his athletic prowess. What the NCAA was asking was essentially impossible. How could he make any honest video about his life without mentioning football? But even that’s not the problem. Why shouldn’t he make money talking about football? What right does the NCAA have to prevent anyone from making a living?

The NCAA prevents athletes from selling their own signature to willing buyers but sells them itself in the form of silent auctions. The NCAA doesn’t put the names of the players on the backs of the jersey so the organization doesn’t have to give any money they get from sales to the athletes. I find the entire thing disgusting.

If a young man builds a career for himself we should be encouraging him. Sure, part of the reason he is popular on YouTube is because he is a good football player, but why shouldn’t he be able to profit off of that? Such profit is directly in line with the capitalistic ideals of our country.