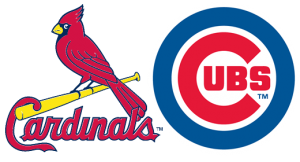 It’s rarely easy to be a passionate sports fan. Your team will lose, no matter how successful they are, far more often than they will emerge victorious. My beloved St. Louis Cardinals have not won the World Series since 2006 despite making the playoffs five times in the ensuing nine years. That’s five years of losing the last game of the season and being eliminated from the playoffs.

This year we lost to our long downtrodden rival the Chicago Cubs. Circumstances were not in our favor this year as the Cubs were playing arguably the best baseball in the league near the end of the season while injuries slowed down my Redbirds. Hopes were raised briefly by a Game 1 win but the Cubs went on to defeat us in the next three hard-fought but losing efforts.

There is that moment when the final out is made and disappointment can bubble into rage at the victors and I cannot imagine anyone who has not felt as much over the years.

That being said I think it is becoming more important than ever to be gracious in defeat because as our political climate becomes more infantile in its paroxysm of fear and hate; sports fans, players, coaches, management, and ownership groups are becoming better and truer role-models for how to act in life.

Does not a Cubs fan love baseball as do I? Does not a Cubs fan understand defeat and disappointment and perhaps far better than I? Does a Cubs fan not revel in the joy of victory as do I? Are we not but twins caste to different islands by the circumstance of our birth? Do we not have far more in common than in differences?

By nodding my head and putting out my hand in congratulations to their hard-earned and deserved victory do I not make the world a better place? Do I not set an example for my fellow Cardinals fans and also those who bleed Cubbie blue?

It hurts, that I do not deny. I steel my jaw knowing that next season awaits and the Cardinals shall soon fly again.

Well done Cubbies but we’ll get you next year, just you wait and see.