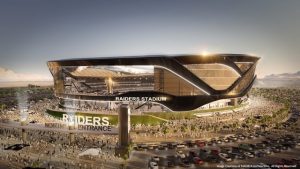 The National Football League owners just voted to allow the Oakland Raiders and owner Mark Davis to move the team to Las Vegas. I’m not surprised. There is more money to be made in Las Vegas than in Oakland in the same way there was more money to be had in Los Angeles than St. Louis.

I’m not here as a snowflake St. Louis Rams fan to condemn the greed of the NFL owners. What I want to talk about is the rule preventing league officials from entering the city of Las Vegas during the season. That’s right, prior to the move of the Raiders, league officials were not even allowed to visit Las Vegas during the season unless their regular job required it. Even then there were restrictions. Obviously this rule will have to change.

The reason for the rule was the league wanted to prevent referees from being influenced by gamblers. Well, that’s what they claim. That’s what I want to talk about. The league knows full well that gambling doesn’t happen only in Las Vegas. They know gamblers look to influence referees in every sport and in every league regardless of physical location. If they know this, why the ban?

The answer is simple and one that strikes to the very heart of problems we have in the United States and around the world. The ban of officials visiting Las Vegas gives the league the appearance of being concerned about gambling and of taking measures to prevent corruption of referees when, naturally, it does neither of those things. The league doesn’t care that the ban is stupid and useless. They care that it makes them look good. It makes it look like they are doing something about the problem. And that’s dangerous. That’s what I oppose.

I have no proof that it happens and yet I have absolutely no doubt it does. Gambling is not limited to the NFL or even professional sports leagues. Large amounts of money is wagered on high school football. Referees have enormous influence over games. They certainly give gamblers the best chance to influence outcomes. This fact has not slipped past the notice of such organizations.

I’m also not suggesting sports leagues don’t use other tactics to defeat gamblers. What I am saying is that employing useless measures to counter real threats simply for the illusion of safety is foolish. The illusion is safety is far more perilous than understanding you are in a dangerous situation. The reason being, if you understand you are in danger you take precautions. If you think you are safe, you do not.

The league is giving fans the illusion the game isn’t corrupt and therefore the fans are not necessarily looking for corruption. This means corruption can more easily occur. Now, in this case it’s gambling and some money but the same principle applies to pat-downs at the airport.

I say dispense with useless precautions designed simply to create an illusion of safety. When I see such rules in place I become concerned the people who made such rules perhaps do not understand the real threat. They might even be lulled into the same sense of complacency they hoped to foist off onto others.

We should be more concerned with passing laws that do good than passing laws that falsely make us look like we’re doing good. And if you don’t think that has correlation to what’s happening in Washington D.C., statehouses, and your local municipalities, well, you’ve been fooled.