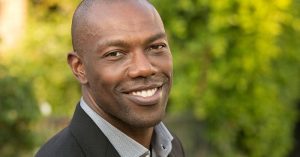 Terrell Owens was recently elected into the National Football League Hall of Fame and, in an unprecedented move, has decided to skip the induction ceremony where he would normally give a speech. He is the first living NFL player to do so. The best thing about this story is the reaction of Hall of Fame President, David Baker. That’s what I’d like to discuss.

First a little background information. Owens is clearly worthy of selection with statistics that stand up with the best wide receivers in the history of the game. He had a cantankerous relationship with the press during his career, some undoubtedly his own fault, and it is those writers who vote on candidates to the hall. They did not choose Owens in his first or second year of eligibility and that is what rankles him. He is of the opinion they did not respect him during his career and then used their position and their dislike to delay what was certainly a deserved honor.

People can, and certainly are, taking Owens to task for his pettiness in refusing to attend the ceremony. Many people don’t like Owens and are not shy about making nasty comments. Others support him and his decision and they do not hesitate to make their opinion of the various writers involved known.

But it is what Mr. Baker is saying and doing that tickles this Libertarian’s fancy: He’s got a mind of his own, he’s a grown man and we need to respect his right to make that decision. Baker goes on to say: If he doesn’t come to the enshrinement, he’s welcome here every day for the rest of his life. Our job is to honor the heroes of the game.

Mr. Baker, if you are not already a Libertarian I hereby formally extend an invitation to our little group. His attitude is, to some degree, the embodiment of what I think it means to be a Libertarian. Every person has a right to make their own decisions, even if these are childish, petty, and ultimately self-destructive. This stands in stark contrast to what I see everywhere in the United States these days. In almost every article I read it seems people from the President of the United States on down think they know best what others should do and that laws, rules, social pressure, and who knows what else should be brought to bear to make everyone else stand in line.

This is wrong. When it is choice between personal liberty and an action that does not directly harm others, we should almost universally choose freedom. No one is being harmed by the fact Owens will not be attending the Hall of Fame ceremony. We should respect his decision even if we disagree with it. Certainly, we can suggest another course, we can ask why he is doing so, we can point out the potential problems, but in the end, it is his life to lead, not yours.

Mr. Baker might have sought to punish Owens by refusing to put his banner up at the ceremony, not having images of Owens at the stadium, cutting video of him in television promotions, and who knows what other method of coercion. A lesser person might well have done all those things. Mr. Baker chose otherwise.