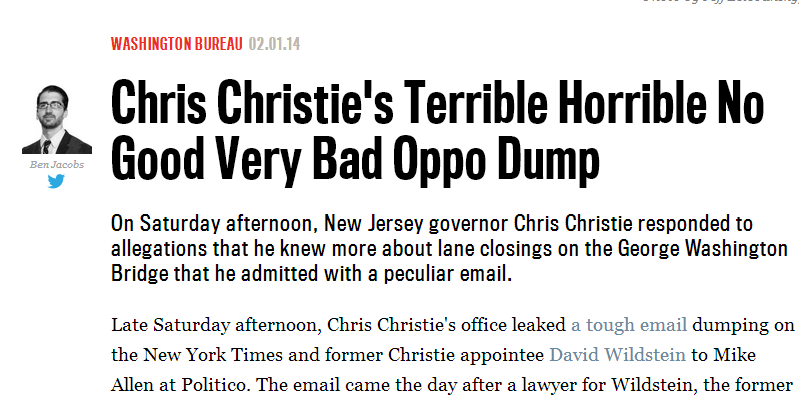 In an era of bad journalism, sensational headlines, and opinion pieces that masquerade as news, The Daily Beast stands out for the latter. It’s almost a joke of a website with their articles so biased and slanted I’ve largely ignored it for stupid headlines.

But I couldn’t pass up this one:

Huh? I’m guessing it has to do with the bridge incident in New Jersey wherein aides of Christie ordered a major commuter bridge closed as punishment for a rival’s actions.

After trying to read the article and failing because it makes about as much sense as the headline; I present to you the Stupid or Misleading headline of the week!