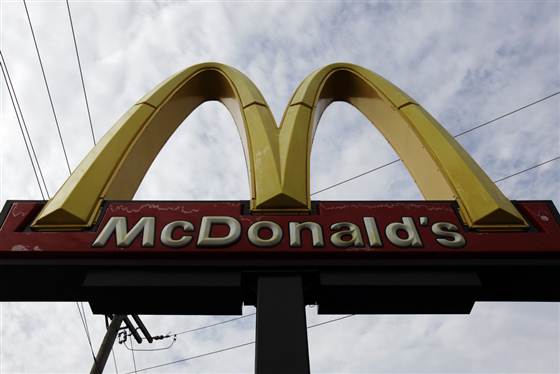 There’s a rather interesting story in the news these days about fast food giant McDonald’s. The company hired a third-party vendor to provide guidance to employees on how to live a healthier and more balanced life. This is a trend among industry these days because healthy employees are far more productive than unhealthy employees. It’s an excellent example of the kind of ideas that Ayn Rand explores her novels.

The company benefits if they give their employees healthy lifestyle choices. This sort of behavior helps the company and it helps the employees. This is something often overlooked with our current business model. Things that maximize profits over the long-term are generally not things that hurt employees, they are things that help employees.

The reason this story is making the news is that the company in question offered eating advice suggesting that cheeseburgers and fries are unhealthy choices. This is exactly the kind of food that McDonald’s serves. So there is the appearance of hypocrisy from McDonald’s. Many people found the advice amusing and the company immediately faced a storm of social media posts. As of today McDonald’s has closed their McResources website in order to determine how to best handle the situation.

This comes on top of earlier incidents when McDonald’s offered their workforce tips on how to pay for personal trainers and swimming pool cleaners (these being services that average McDonald’s workers do not use) and another where McDonald’s gave workers a suggested budget allowance that included no money for HVAC and estimated that health care should cost about $20 a month.

In each case the sites were removed and McDonald’s forced to explain their actions.

It is providing good fodder for ridicule but I’m of the opinion that McDonald’s is behaving in a responsible way that not only helps their bottom line but also the lives of their employees. I certainly think that any budget advice should include HVAC expenses as well as realistic health care expenditures. Any advice on tipping should reflect the tips that people of various income levels should provide including waste management crews and postal delivery employees.

The reality is that we all know fast food is generally unhealthy. McDonald’s wants their employees to be healthy because such employees call in sick less frequently and visit the doctors less. This has a positive impact on the company’s profit but also on the lives of their employees. By making McDonald’s a better place to work they attract more qualified candidates. This is one of those employment issues that is important to understand. Happy and healthy employees are far more productive workers. Don’t get me wrong, I’m not saying increase everyone’s wages, I’m saying that what McDonald’s is trying to do through these programs should be applauded, not ridiculed. Sure, there is some fine-tuning to be done but the effort is good.

As for the actual advice. It’s true. Fast food is generally unhealthy but it is also very convenient. It’s not as if people don’t understand this. People understand cigarettes are unhealthy and choose to smoke them anyway. Perhaps the vendor should have listed guidelines limiting the number of cheeseburgers eaten in a month with the knowledge that the site was used by employees of the fast food industry.

As to the people ridiculing McDonald’s: stop it! The company is actually behaving in a responsible way and should be applauded for their efforts. 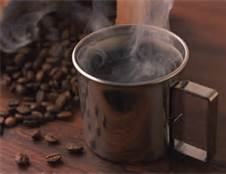 There is a ridiculous news story making the rounds about a man who lost his life’s savings while playing a carnival game and it brought to mind the McDonald’s spilled coffee lawsuit that many people consider the epitome of frivolous cases.

I don’t want to talk about the stupidity of the man who lost his money at the carnival, there seems to be a consensus on that and I’m not the sort to join in with the crowd. I do want to discuss the McDonald’s lawsuit because I think there are a lot of misconceptions about that case.

I’d like to discuss not only why it wasn’t nearly as frivolous as people think but also how it has made all our lives a little safer.

McDonald’s serves their coffee quite hot and for legitimate reasons. Coffee cools over time and with the introduction of cream and other sweeteners more quickly yet. In this case the woman spilled it on her pants and suffered third-degree burns over six percent of her body, spent eight days in the hospital, and required skin grafting. She originally sued for the cost of her hospital stay. McDonald’s refused and the case, after much wrangling, was eventually settled for something less than $600,000. The exact amount is unknown as a gag order remains in effect.

It turns out that coffee served that hot is pretty dangerous. There were many cases involving coffee induced burns prior to this incident and there continue to be some although at a lowered rate. Basically the situation presents a real problem. Coffee served cooler is not as appealing. Coffee served that hot is dangerous. What has the industry done to resolve this issue? They’ve made major improvements in coffee cups and lids. The idea being that if you spill the coffee it is almost certainly because you were handling it negligently.

This is an excellent outcome. We’re all safer. It’s a shame McDonald’s didn’t just pay the original medical damages and then move to improve the cups and lids but sometimes the hard lesson must be learned.

It’s easy to be angry at companies for failing to anticipate an issue that results in serious harm or death, and it’s likewise common to label people who file lawsuits over apparently silly issues as cranks.

I’m of the opinion that our judicial system, while imperfect, is truly excellent. Average people have a way to redress legitimate complaints and large entities can defend themselves. Are there warts in the system? Certainly. Do people take advantage of the system? No doubt. Does the system largely function? Absolutely.

Who knows, maybe the man who lost his money at the carnival may also end up helping us. In any case I suggest that the next time you get a chance; don’t tell a lawyer joke, thank a lawyer instead. They really do help us all.

Tom Liberman
Sword and Sorcery fantasy with a Libertarian Twist
Current Release: The Sword of Water (it’s awesome, $2.99, what do you have to lose?)
Next Release: The Spear of the Hunt