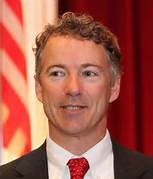 There was an article from capitol hill today about a topic I’ve talked about before, mandatory minimum sentencing. The idea is that power is taken away from a judge in the sentencing phase a criminal case.

I think mandatory minimum sentencing is wrong although for somewhat different reasons than Congressman Rand Paul, who is championing their elimination or at least modification.

I’m pleased that Paul returning to his Libertarian roots. Would that all politicians would take stances on political and philosophical beliefs rather than on what they think will get them elected. Some argue that Paul is merely courting minority votes and there might be truth to that. However, the underlying focus is on being a true Libertarian and how mandatory minimum sentencing goes against this philosophy.

Why is mandatory minimum sentencing against Libertarian philosophy?

Let’s first look at how the judicial system works. When a person is accused of a crime and, if they do not plea-bargain, the case goes to trail. The jury is tasked with simply determining if the person is guilty or not. This is why we see all those televisions shows where the judge doesn’t allow previous acts to be brought up during the case. It doesn’t matter to the jury if the person being accused committed the exact same crime three times before. The jury must only determine this case.

If found guilty the judge determines what the sentence shall be. This is where the problem arises.

Federal Sentencing Guidelines were instituted in 1984 to address apparent gaps in punishment.  Judges who gave severe penalties compared with judges who gave apparently small penalties for similar crimes. It was largely done as part of the utter failure we call the War on Drugs.

The guidelines themselves are broken down into 43 offense levels, six criminal history categories and four zones of time relating to incarceration. There are also a litany of causes which can reduce or increase the sentencing time.

These were all designed to ensure that equal punishment was dealt out by judges across the nation. Rand’s argument is that they are not working. That black people are far more likely to be sentenced harshly for the same crime as a white person. He argues that the guidelines have failed in their task. Statistics back him up.

I argue that there very goal itself is wrong. It is up to each judge to determine the penalty. If the people of a state do not like the decisions the judge makes, it is their job to replace the judge. This is our judicial system.

Who better than a judge, who has heard all the evidence both legally admissible and not, to determine the appropriate sentence? If a judge is giving harsh penalties to one ethnic group there are means to address the problem. The voting booth and appeals.

I don’t suggest that there aren’t poor judges out there who are racist and unfair; I just suggest that the guidelines have not alleviated the problem and additionally have caused people to serve inordinately long sentences for relatively minor crimes. Particularly for drug crimes where the mandatory sentencing is extremely harsh.

Bad judges hand out unfair sentences and mandatory sentencing guidelines haven’t solved the problem, they’ve actually made it worse. Not a surprise.

How do we ensure that judges pass out fair sentences? Get information to the voters. We live in the booming information age. I should be able to easily find all sentences handed out by a judge and base my vote accordingly.

How do we ensure that people do not get overlong sentences for relatively minor crimes? The appeals process will be unchained when minimum sentencing guidelines go away. An appeals court can decided a sentence was unfair. It’s not perfect for the person so sentenced but it is our system. With federal minimum guidelines as they currently stand, appeals are doomed to fail.

People will argue that I’m living in an idealistic fantasy world and I hear you. What I’m proposing isn’t an easy solution but I think it’s the best solution.

We tried to address a problem with government intervention to make things fair. It’s not working.

As is often the case with government intervention someone sees a problem and thinks the government can easily come in and redress the grievance. Issues like this are almost always complex in nature and not easily solved. So called simple government solutions generally exacerbate the problem.

Sentencing should be up to the judges who hear the cases. Judges should be voted on by voters. Appeals should be processed by appellate courts. There is a system and, although not perfect, largely works.