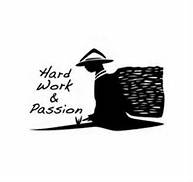 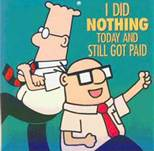 The United States House of Representatives adjourned on Friday after putting in twelve hard days of work during the quarter compromising August – October. This seems unusually low but let’s take a critical look at the situation before we condemn them to the depth of my ridicule.

This range of time is the election period for the House whose members all face campaigns. It is traditionally the shortest working frame of the year because of this. The representatives plan to spend 109 days this year at work. This is three days less than the average amount spent since 1990. Republicans defend this record saying that Democratic controlled houses worked relatively similar amounts of time in election years. As my mother would say, if all the kids jumped off a cliff ….

The reality is that in election years our representatives usually work a few more days than they did this year but it’s not completely out of line with recent historical reality. Back in the days before air conditioning they often took most of the hot summer months off.

I think a better judge of a how much work was done is how much legislation passed and particularly if important legislation was left on the table. This Congress is a loser in both regards. Both sides blame each other for the stalemate because all their “good” ideas are not voted on by their counterparts.

I’ll tell you what really happened. The Senate has a Democrat majority and the House has a Republican majority. Both pass legislation which they know their counterparts will fail to pass. Stalemate.

It is difficult to ignore the clearly stated mission of Republicans that they consider their most important goal to be defeating President Obama in 2012. With a goal like that it becomes difficult to believe the lip-service they give to trying to strengthen the economy. This is particularly true looking at the abysmal record in passing legislation the last two years.

The House of Representatives has had time to vote on legislation designed to defeat Obama including health care repeal over thirty times. Vice Presidential Candidate Congressman Paul Ryan rushed back recently to vote for a resolution on waiving work requirements for welfare recipients. It’s an interesting situation on its own as the waiver was requested largely by state governors, many of them Republican, and authorized by Obama.

This is the problem, and it is not simply a Republican problem. The attitude of our Representatives is that getting elected is more important than legislating. That obstructing their foe is more important than passing useful legislation. We live in a world of non-stop campaigning that carries on far past the election and to the actual legislative process. It has corrupted everything and everyone.

Here’s the important lesson to take from all of this. Only you can change it. If you continue to vote for Democrats or Republicans you will continue to get legislators who care only for getting elected. If we start voting for Independents, Libertarians, Constitutionalist, Green party, None of the Above, or whatever, things might change. Not before.

Why would the House of Representatives risk taking on the huge fiscal problems the United States faces if it will cost them votes? Why look at bills designed to fix the farm situation? Why do anything? If people don’t care, then representatives don’t care. They can spout platitudes, attack their counterparts on the other side, lie and lie and lie, then eat a fancy dinner at the lobbyists expense and laugh at the electorate. If they lose they get a fancy job as a lobbyist, if they win they stay on the gravy train. The only losers are us.

And we keep voting to lose.

Tom Liberman
Sword and Sorcery fantasy with a Libertarian Twist
New Release: The Hammer of Fire
Upcoming Release: The Sword of Water