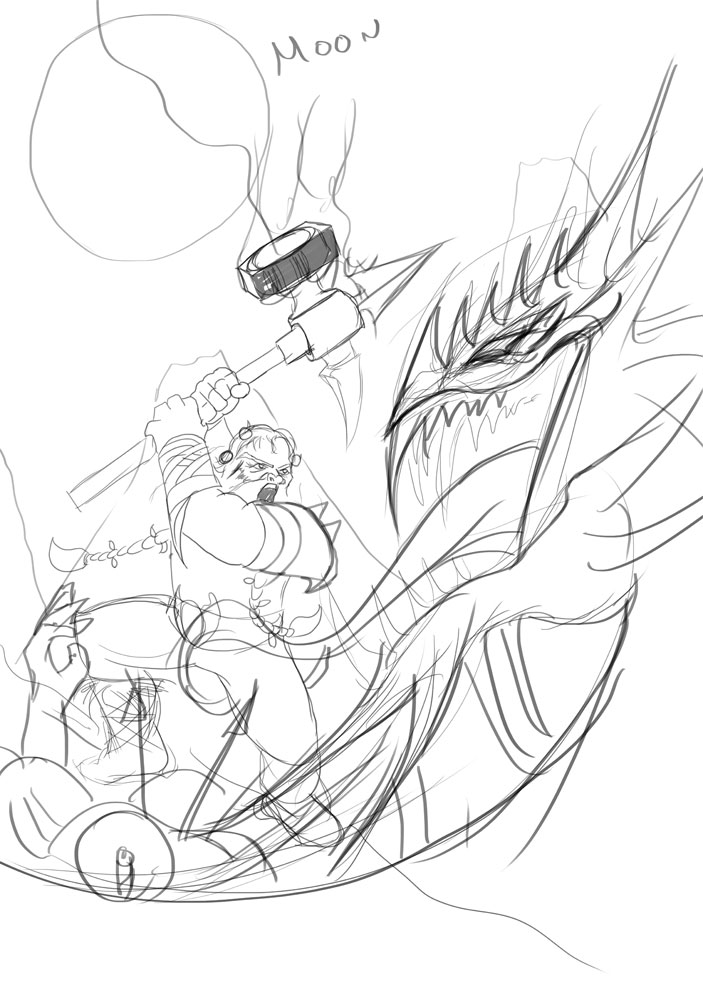 I took a day off from posting because my fanatic week kind of ran out of steam and I didn’t have another topic that I felt too strongly about. I thought I’d fill the gap with progress on my third novel, The Hammer of Fire. I managed to finish about half of the rewrite and my proofreader has started on the first few chapters.

My cover art from Raro is coming along very nicely. He had a different vision for one part of it but I really like what he has done. I’ll probably post a series of pictures as it is coming along for all to see. I’m amazed by how an artist turns a paragraph I wrote into a sketch and then into an amazing image. It’s a talent I do not have.

I’m pretty excited with the rewrite as several characters are really getting their voice. I find in my original rough draft that all the characters start to sound like me but as I do the rewrite I move more quickly through the book and get a sense of each character’s inner workings.

To give a little teaser I’ve included the first rough sketch of the cover. You’ll be amazed as it takes shape!