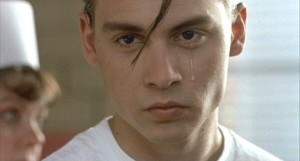 The Ferguson situation here in my hometown of St. Louis has been making headlines for quite a while although I’ve refrained from posting on it largely because I don’t have much to add to the dialog. But things got weird during the St. Louis Rams football game this past weekend against the Oakland Raiders.

I have season tickets to the Rams and was at the game. My seats give me a good view of the player entrances and I saw the Rams receivers gather and raise their arms before they came onto the field. At the time it didn’t occur to me that they were showing support for the protesters in Ferguson and no one around me seemed to note it either. It quickly became a big story.

I don’t want to lure you into my blog today thinking it will draw conclusions from the tragic events in which Officer Wilson shot and killed Michael Brown. Nor will I be talking about the despicable people who burned and looted during the riots. I won’t be talking about the peaceful protesters. What I will be talking about is the St. Louis Police Department’s reaction to the Rams receivers pregame jaunt onto the field.

Is it fun to protect people who disagree with you? No. It’s your job.

Stop crying for apologies because your panties are in a twist because someone insulted you.

A Rams official tried to reach out and they threw him immediately under the bus claiming he apologized. They sent out memos embarrassing the official. They tweeted the definition of an apology. Essentially they tried to bully both the NFL and the St. Louis Rams into doing what they wanted. So here we have a police agency’s top officials acting to bully and intimidate anyone who dares disagree with them. Sound familiar?

The police are saying, in no uncertain terms, don’t cross us. We’ll hit you, we’ll hit you hard, and make you regret it. Sound familiar? Top-down leadership makes its way directly to the ranks.

Demand an apology? Give me a break.