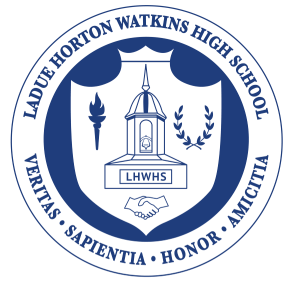 Is it legal when a coach decides to cut a high school junior soccer player from the Varsity team and the Junior Varsity team is generally reserved for freshman and sophomores who have more years to play, leaving the soccer player without a team? The parents don’t think so and are suing the school district for age discrimination. This is all happening right here in my hometown of St. Louis, MO at a Ladue Horton Watkins High School and thus catches my attention. There is a lot going on here worth discussing.

I have a long history of playing sports and I’ve had good coaches and bad coaches. I’ve had coaches who showed favoritism and coaches who simply wanted the best players at each position. There’s no doubt in my mind the coach might have unfairly or unjustly cut the player. It’s also clear that the age of the player is absolutely a factor in not being placed on the Junior Varsity team. The coach admits as much in a letter written explaining why the player was cut in the first place. If the youngster was on the bubble, as the letter says, then it is highly likely he has the skill necessary to help the Junior Varsity team.

Here’s the problem with all of that. It’s the soccer coach’s decision and the best player isn’t always the one that helps the team the most. There are all sorts of possibilities in play. Maybe the player in question is the fourth best forward and tenth best player on the team but there is only room for the top three forwards. So, despite being clearly one of the ten best players on the team, there is no room for him at his position. This happens all the time. At the college level a player in such a situation transfers to another school. At the professional level they are traded. At a private high school, they might move to a different school but a public school, such a Ladue, they are largely bound by the district in which their family lives.

The same rule applies to Junior Varsity. A player with three more years of eligibility has more to offer to the team in the long run than one with but a single year remaining even if they don’t currently have the skills of the older player.

It could be the player just has a bad attitude in the locker room and contributes to disharmony on the team. As I said, there are plenty of good reasons why the player was cut but there are also plenty of bad ones. Maybe the coach is friends with the family of another player who was kept on the team. We just don’t know. Maybe the coach is making a bad decision. Again, there is really little way to know.

In the sports world the thing that ends up mattering is results. If the Ladue soccer team fails to succeed in the coming years the coach will eventually be fired. If the coach makes a bunch of poor personnel decisions then failure is likely.

Life is filled with injustice but the final arbiter is generally success. This is nowhere more evident than in sport. I certainly feel badly for the player in question, particularly if the coach’s decision was based on anything other than merit, a possibility I not only admit exist but readily understand happens all too frequently. That being said, such personnel decisions must be left to the coach, not the state.