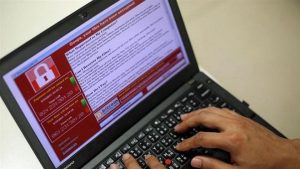 It may seem like a strange connection but the WannaCry virus that spread wildly in Russia and China illustrates the best way forward in combating software piracy. Up until now, the heavy-handed use of criminal charges has been used by government to protect software development companies.

The government of the United States spent the last few decades passing law after law against those who illegally download files, largely at the behest of the Motion Picture, Music Recording, and software industries. These laws generally caught up a few minor criminals who downloaded a small number of songs or movies while leaving the vast majority of activity unchecked. Our nation then used strong-arm tactics on other countries trying to get them to extradite and otherwise punish pirates.

Meanwhile, in response to the growing virus threat, the software industry has long pushed security updates as a way to ensure the safety of their customers’ computers. This basically means those who have a legitimate copy get these updates.

The idea is simple enough. In China and Russia there is a plethora of pirated software and thus those two nations were far more vulnerable to the WannaCry Ransomware attack. The people of those nations suffered the most when hospitals and other important services were curtailed. An oversight in the coding of the Ransomware allowed the attack to be muted to some degree, but it doesn’t change the overall lesson.

If you want your computer to be safe, you really need to have legally licensed and fully updated software on it. No matter how many laws the government passes and no matter how rigorously they enforce these regulations, software piracy will continue. It is only when the ever-increasing threat of Ransomware and other risks becomes dangerous enough that people realize the need to have licensed software.

It is the criminals who are forcing people to obey the law.