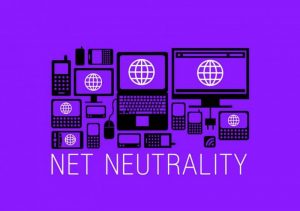 There is a lot of news about Net Neutrality these days and the people who are proponents are incredibly passionate while those who are against are quite determined. The current administration and the Federal Communication Commission seem bent on eliminating Net Neutrality and tout all the benefits of doing so. Those who oppose fill my Social Media with diatribes and examples about how the internet will be destroyed. Frankly, it’s a lot of hype on both sides.

I’m not going to make this a long dissertation on exactly what Net Neutrality is and is not. Instead I’d like to focus on the idea it just won’t make that much of a difference either way. In doing so I understand I’m going to make enemies on both sides of this passionate debate, so be it.

There is a single factor causing the majority of the problems we have with our internet providers, the lack of competition. This dates back to the monopolies granted to cable providers. Basically, territories of the United States were broken up and given to single companies to provide cable access. These monopolies largely continue to exist across the country.

There is a distinct lack of competition in the industry and this means consumers have few, if any choices, about whom provides them with internet access. This means the power largely resides with the companies rather than the customers. They can apply any sort of rules they want and their customers have nowhere else to go. Thus, if an internet provider decides to throttle customers or block particular content there is nowhere else for the consumer to go, they must simply accept the status-quo.

It’s extraordinarily important to note prior to 2015 Net Neutrality was merely a concept that many internet providers followed simply because it made good business sense not to anger their customers. There are some choices in the industry and providers voluntarily gave open content and access to their customers in an effort to provide good service.

There were some exceptions but when they came to light, consumer pressure generally forced the provider to change the policy, it was not government enforced Net Neutrality that did anything, at least before June 12, 2015 when the provisions were accepted by the FCC.

If we had strong competition in the field then Net Neutrality would most certainly be a negative concept. If we had many choices and a company was not providing us with a good service we would simply go elsewhere. Once you get a bad meal at a particular restaurant, do you go back? Of course not, there are far too many good choices. It is the lack of competition that makes it appear we need Net Neutrality. The problem was created by the government, mainly municipal and state, in creating monopolies in the first place. The answer isn’t to enforce Net Neutrality but to open the market to competition.

The proof seems obvious to me. Prior to 2015 we did not have Net Neutrality. Can you tell the difference? I can’t.

In other words, it’s much ado about nothing.