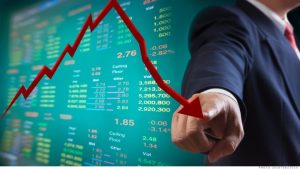 The New York Post wins the Misleading Headline of the Week contest with this doozy.

It’s true the stock did drop 18% but only after an initial run-up of 122% after the wildly successful Pokemon Go game was introduced.

It’s a very natural bubble. People saw the company release a popular game and hoped to buy shares while the price was low and then sell them later at a profit. It’s the way the market works. Perception is often as important as reality, at least in the short term.

Nintendo as a company has been suffering in recent years and purchasing the stock is a risk. This article is, in my opinion, more bashing of Pokemon Go by authority figures who fear the game is destroying the social boundaries they rely so heavily upon.