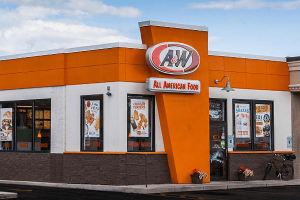 I just read an interesting story about a chain restaurant called A&W. It’s been around since 1919 and at its peak had more locations than McDonalds. There are any number of reasons for the decline but one of the more fascinating was the introduction of the Third Pounder in competition with the Quarter Pounder. It failed.

This despite the fact various focus groups found the Third Pounder tasted better than the Quarter Pounder. Also confounding A&W was they sold the Third Pounder at a lower price than the quarter pounder. Why did it fail? A&W management had that same question and they convened more focus groups to explain it to them. “Yes”, they said. “It does taste better than the Quarter Pounder but there’s less meat.”

And thus, we discover the terrible mistake A&W made all those years ago. They priced the Third Pounder less than Quarter Pounder setting up a particular expectation. If you pay more for one product than another, there is some anticipation the more expensive product has something extra. Sometimes that extra might be higher quality, a larger portion, or perhaps better service. In this case there is little chance of better service and higher quality is not really a consideration, so people made the logical deduction. A third must be less than a quarter.

The fact this is not true is irrelevant to the point. I’ve read a number of stories about this incident and the conclusion everyone seems to arrive upon is people in the United States are not very good at math. This is a correct conclusion but it’s not the correct marketing interpretation.

To me, it’s clear the mistake A&W made was pricing the Third Pounder lower than the Quarter Pounder. If they had priced it slightly higher people would more likely have done the math correctly. Now, I could be wrong. One article I read said people made the error because in 1/4 the 4 is a bigger than the 3 in 1/3. It’s certainly possible this is true but I’m skeptical because the fraction is not in the name. It’s called the Third Pounder and its competitor is called the Quarter Pounder.

If I’m correct, this is an extremely important lesson in marketing. It’s something I consider when pricing my books. I’ve been told, by different people, that my price of $2.99 is wrong. Some say it should be $.99 while others suggest $10.99. The argument is interesting. A low price suggests low quality. I agree, that’s why I go with the $2.99 as a compromise. It could well be the wrong choice, I certainly haven’t sold many of my novels.

This story is certainly making me rethink my pricing scheme but that aside, let’s return to the idea that A&W made a marketing mistake. A simple solution to the problem would have been to raise the price on the Third Pounder and see if that alleviated the problem. We’ll never know what would have been the result of such a test.

Still, it’s an insight into human nature. We generally come to the conclusion a higher price means something better, even if it doesn’t. Many marketers take advantage of this and put high prices on lower quality products. It’s important as a consumer to take that into account. We live in an age where you can research any product you are planning to purchase extensively on the internet. Do so.

Meanwhile, there is good news. A&W is making a bit of a comeback. They’ve opened more stores this year than in many years. In addition, they’re now making root beer on site rather than going with syrup and fountains.

Anyone else have a hankering for an old-fashioned root beer float?