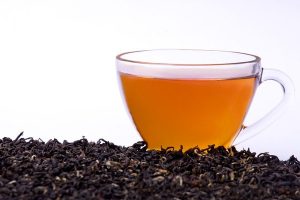 Let me be clear, I enjoy a fine cup of tea. Much to my chagrin, I just learned I’ve never tasted a tea called Orthodox Tea which grown in Nepal. The reason I’ve never enjoyed this tea, the reason most tea lovers have not, is because of a repressive and totalitarian government. In addition to limiting my tea enjoyment experiences, this government kept the people of Nepal in crushing poverty.

One of the finest teas in the world is called Darjeeling and comes from India. India was a colony of tea-loving England and while I certainly don’t approve of colonization of other nations, it can’t be said everything that happened in this era was bad. One of the good things was the fostering of the tea industry in India. The English wanted their tea and they created a huge industry in India. The fact for a long while this industry largely benefited the English rather than the people of India is shameful, but eventually the Indian people gained independence and they began to enjoy the fruits of their labor.

Nepal is adjacent to India geographically and also well-suited to tea production. Way back in 1862 the Chinese supposedly gifted Nepal tea seeds and production began. Then something rather tragic happened. The government of Nepal at that time was called the Rana Dynasty. This was an autocratic and totalitarian state to the extreme. They ordered the army to confiscate the first crop of tea in 1873 and tea production in the region essentially ground to a halt.

Why? What is the point of growing tea leaves for anything other than personal use if the government is just going to come and take it away? That’s what happens when a government decides what is best rather than economic factors. If the people of Nepal had been allowed to produce tea on a large scale it would almost certainly have alleviated some of the poverty in that nation, just as it did so in neighboring India. In addition, it would have generated tax revenue far in excess of the value of the tea seized.

Eventually the Rana Dynasty fell from power in the 1950s and a new constitution was written granting people freedom. What was the first thing people started to do? Grow wonderful Orthodox Tea in a climate that is ideal for doing so. The new government pretty much immediately recognized the economic potential of tea and took over the industry. This had some benefits because it encouraged growing tea but the entity that largely profited was the government.

In 1980 Nepal exported about one-hundred and fifty tons of tea annually. Then, only fifteen or so years ago, the government decided to allow individuals and companies to profit from tea production. Nepal now exports nearly five-thousand tons of tea annually. Highly rated Orthodox tea which I had never even heard of until today. Production is rising, no surprise.

Meanwhile private organizations among tea companies have sprung up and tried to ensure producers are adhering to high standards including environmental concerns. The supposedly indispensable role of government.

This nascent tea industry is enriching the people of Nepal, and more importantly from my perspective, allowing me to enjoy a cup of tea. I have yet to sample, so I cannot give you a review. When I make my next order from Tea Gschwendner you can bet there will be at least one batch of Orthodox winging its way to my tea kettle. I can hardly wait.