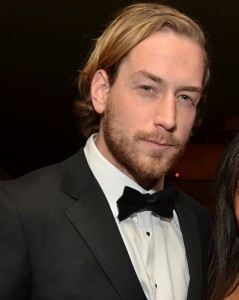 The last few days have brought us a tragic story in that a man named Tommy Gilbert murdered his father. I’ve been keeping up with the sad story somewhat peripherally but I read a new article on the subject this evening and I was particularly struck by the comments sections.

The story is one we’ve seen before. 30 year old Tommy Gilbert largely seemed to live off of his father. Tommy graduated from Princeton with a degree in economics so the fact that he didn’t have a job and relied on an allowance from his father seems to have been more a matter of choice than lack of ability. Reading the comments it seems many people think that just anyone can get such a degree but that’s just not true. Perhaps he was given favored status because of his father’s wealth and alumni status but he still earned the degree. With his father’s name behind him it seems impossible that he could not have made some sort of reasonable living.

What I find interesting are the assumptions largely being bandied about in the comments section. The main assumption is that because Tommy had a weekly allowance and his apartment paid for by his father he was spoiled and the parents are to blame for such an entitled child. This latest article seems to indicate that Tommy’s relationship with his father was anything but good. He wasn’t spoiled by his father but apparently constantly ridiculed. Nothing he did was good enough according to at least what Tommy thought if not reality.

This would indicate a parent who is doing relatively the opposite of those assumptions. Tommy was getting a small allowance, $400 a week, and his apartment paid. While $1,600 a month and rent seems like a lot to many people it’s frankly almost minuscule to what many super-wealthy parents bestow upon their children. I would not call it an amount that allowed Tommy to live whatever party life he desired. This sounds like parents who were trying to force their son to get to work without completely cutting him off. I think it’s easy to judge but what parent out there doesn’t want to help their child?

I think the problems that Tommy had were of his own making. He had many advantages in life and failed to use them properly. That’s on him, not his father.

No big rant here today. I just think those that want to lay blame on Thomas are misjudging the situation. Even if Thomas was giving hundreds of thousands to his son it is still Tommy’s job to make his own way in the world.

Was Tommy spoiled and entitled? Unloved and never supported? Not easy to say for certain but I’ll tell you one thing. He’s a murderer and the only person he needs to blame for that is looking him in the mirror.