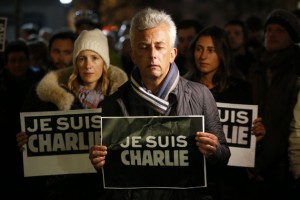 I think almost all of us have read about the despicable attack in Paris against those who work for a French magazine called Charlie Hebdo. A bunch of religious nut-jobs decided they could further their cause by killing some people who posted cartoons of their prophet.

I’m not going to waste time denouncing these murderous scum. There are plenty of people already doing that. What I want to do today is try to explain, rationally and calmly, why such actions harm their cause greatly.

The thinking of the terrorist is that if they frighten people they can get them to do what they want. It’s a behavior that works in certain instances and thus those who promulgate its use are encouraged. The long term reality is far different. The embracing of terror as a weapon to achieve political gain is destroying the entire Muslim religion and laying waste to hundreds of thousands, nay, millions of young lives. While twelve innocent Frenchmen and women were killed, there is no doubt that the actions will result in the deaths of tens of thousands of innocent young Muslims.

Not just from retribution attacks but simply from the setback in relationship between nations. Countless young Muslim boys will look to this as an achievement and spend their own lives in the fruitless and eventually deadly pursuit of similar activity.

Young Arab men are dying everywhere in this world. Killing each other and trying to kill others. It’s a terrible waste of their lives.

This attack also inestimably set back any attempt to get people to respect Muslims, the Islamic world, or Arabic people in general.

If the terrorists hoped to have the cartoons of Charlie Hebdo splattered over every blog, every newspaper, every media outlet, papered onto every mosque in every western country, and generally shoved down the throats of Muslims everywhere, well, their actions were well-thought out.

If the murdering terrorists wanted to make enemies of rational people the world over then they have succeeded.

If they wanted Arabs who are trying to live in peace in Western countries to be beaten, ridiculed, or even killed by those seeking revenge, well, then their actions were certainly well-planned and carried out.

If, on the other hand, they hoped to gain respect from other people then they have failed. If the goal is to have people respect your prophet then the solution isn’t to murder those who don’t. That only generates hate. The result of the actions of these murderous scum will be felt by peace-loving Muslims all over the Western world. And not in a good way. If their goal was to gain respect, admiration, and acceptance of their religion … they have failed and failed tragically with horrific consequences for so many, mostly for those whom they think they represent.

So terribly sad. Twelve people dead and the exact opposite of the goal of the killers achieved. Everything they hoped to gain by their attack is destroyed instead. Stupidity. Useless rage.

The Muslim world better get their act together soon because enough attacks like this are eventually going to result in such terror and horror a million times over and not against cartoonists. Wake up Muslim world. Save yourself before it’s too late.

Je Suis Charlie
Sword and Sorcery fantasy with a Libertarian Ideology
Current Release: The Black Sphere
Next Release: The Girl in Glass I: Apparition