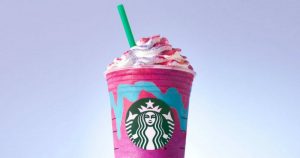 Why do people file lawsuits? To win you say? I don’t think that’s always the case, and a recent kerfuffle between a Starbucks, who has a drink called the Unicorn Frappuccino, and a small Brooklyn café selling a drink called the Unicorn Frappe illustrates the point. The End Brooklyn filed a trademark on their drink and has now instigated an infringement case against Starbucks.

The thing that struck me about this lawsuit is what I perceive to be the ends desired. I won’t bore you with a lot of trademark law but basically, The End Brooklyn cannot trademark a drink. They can trademark the name, logo, and slogan associated with said drink. Sadly, the Unicorn part of the name is a pretty generic word. If they had called it the Brooklycorn or something like that, and Starbucks gave theirs the same name, there would be a legal case.

I’m pretty certain The Brooklyn End has no intentions of winning the infringement case. They are well aware Starbucks will be able to continue selling their Unicorn Frappuccino. By now you’re probably beginning to understand where I’m heading with all this. The Brooklyn End gets an enormous amount of publicity for the cost of filing the lawsuit.

The story is making headlines, and arousing passionate comments, in any number of news sites. The cost of this sort of promotion would likely be in the millions of dollars. I, and I’m certain most of the people reading this, had never heard of The Brooklyn End before today. I would most likely have spent the rest of my life in ignorance of this café. Now, I live in St. Louis so there is little chance I’ll visit the establishment in question and spend my hard-earned dollars there. Frankly, I’m a tea drinker anyway. That being said, I’m certain people who do live in that region of the country are now aware of the business.

There is every chance sales of the Unicorn Frappe will rise dramatically because of this lawsuit. It seems obvious to me that was the plan all along. I’m not criticizing The Brooklyn End nor am I being critical of our legal system. What the café is doing is both legal and crafty. Filing the infringement case costs money, there is some chance it will be found frivolous and they might end up paying any fees Starbucks accumulates. I’m certain Starbucks has many competent attorneys at the ready and is not particularly troubled by the case.

This is why we have laws against frivolous suits. The attorney who filed the lawsuit for The Brooklyn End might face serious sanctions if it is determined that it was filed in a frivolous manner.

I eagerly await an outcome to this colorful case.