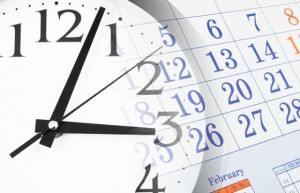 There have been a number of stories in the news this week about something called the Work Week.

We had Jeb Bush suggesting that people need to work more (he “clarified” suggesting he meant part-time workers need full-time jobs, but honestly, that’s not what he meant). A number of people are advocating reducing the Work Week to 32 hours.

The problem seems to me that there is a total disconnect between what the work week means and what people think it means. I aim to rectify that.

The Work Week in the United States is generally defined as Monday to Friday from 8:00 a.m. to 5:00 p.m. with an hour for lunch. There are many permutations but largely the perception is that people work 40 hours a week at their jobs.

This is, of course, absolute bollocks! There continue to be a number of jobs where people work while at their office and leave work behind when they leave. These sorts of jobs a becoming an increasingly smaller part of the whole. With our phones, tablets, home computers, and other technologies we work wherever and whenever work needs to be done. The idea of a standard work week is utter nonsense for a growing number of people in the United States and other countries in this Information Age.

One of the metrics by which we measure how much work is done is called Workforce Productivity. The problem is that hours worked no longer has meaning in the equation. That hasn’t stopped people from trying to use that particular equation to calculate how productive we are. Productivity goes into many other economic equations defining the health of a nation. If one of the key measurements is no longer valid then I wonder about the entire equation. Are economic decisions being made at the highest levels of government and business that have no basis in reality? In my opinion, yes.

The reality is that people who work in Information Age jobs work far more than they report working. They are on their phones working for ten minutes here and ten minutes there. They are not in the office but they are working. While it’s possible people over-report time away from the office working I’m of the opinion that most people under-report and by a fairly significant amount. This throws all productivity measurements into disarray.

If we want to get a true indication of productivity we must accept this new paradigm for workers.

If we continue to follow outdated and mathematically flawed models we can only make bad decisions.

The idea of the Work Week is dying and we must accept that. Work can be done from anywhere, anytime.