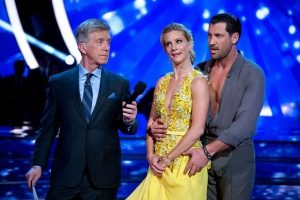 There was an enormous surprise in the television show Dancing with the Stars when the competitors who turned in arguably the best performance of the evening, were eliminated. The determination of which dancers remained is combination of judge’s rating and fan voting. The events of the other evening give us insight into the workings of a true democracy, and it ain’t always pretty.

Exactly why the viewing audience was not enamored with Heather Morris and Maksim Chmerkovskiy is open to speculation. The reality is that they were not. Despite performing exceptionally well according to the judges, they received the smallest percentage of the popular vote and were eliminated.

This is democracy in action. When the people vote for something you’re generally not going to see the most qualified candidate win.

Here in my hometown of St. Louis there used to be a yearly Best Of … article in a local publication. The Best Italian Restaurant. The Best Athlete. The results were eventually so out of touch with reality that the publication turned the decision over to a panel of experts. Wise move.

If you sit any random group of people down at a table and present them with a tasting of wines, they will choose something sweet and awful. I’m not saying their vote is invalid, it’s accurate. Most people like sweet wine because they don’t have a palate accustomed to the more complex flavors of a rich wine.

If a random group of people sat down and was asked about their favorite restaurant, we’d likely see a mid-level chain get the most votes.
That’s democracy and that’s why the Founding Father’s didn’t establish one. I could say a lot about it but I’ll go with one of my favorite quotes from a fellow named John Witherspoon: “Pure democracy cannot subsist long nor be carried far into the departments of state – it is very subject to caprice and the madness of popular rage.”

One result of the vote on Dancing with the Stars was, arguably, the best dancers were eliminated. A second outcome is the dancers people really want to see, continue on. Therein lies the beauty of democracy. Fans of the show get a chance to have their input determine winners.

In a democracy, we get what we want.

There are places in this world where a democracy is certainly a reasonable method to determine things, Dancing with the Stars is one of those places.

The results are plain for all to see. So, you tell me; where else do you think we should let a large group of people make decisions by voting?