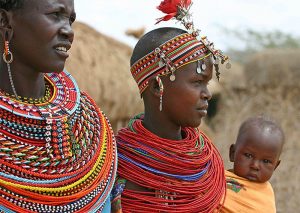 An animal rights activist friend of mine recently shared a Facebook post about the Samburu tribe’s conservation efforts in Northern Kenya, particularly in regards to Samburu National Reserve. If you were to read just this article you might think the Samburu people as astonishing heroes. Should, however, you read the Wikipedia article about their tribal practices in regards to young girls and women you would almost certainly come to the opposite opinion. Which is true?

This question dramatically illustrates the divide facing the people of the United States and those of the western style republics around the world. I’m here to tell you that Samburu are both heroes and horrors. I need not choose, nor do you.

I’m certain if my friend knew of the practices of Female Genital Mutilation and Child Rape associated with the Samburu she would never have shared the article about their wonderful efforts in conservation. Yet both the horrific practices and the heroic conservation efforts are part of the same package. As things currently stand, you do not have one without the other.

There is nothing wrong with my friend’s lauding of Samburu and their efforts protect the animals that share their little part of the world. They have done good and wonderful things. There is also nothing wrong with the many who lambaste them for their vile practices in regards to young girls.

Likewise, we should applaud a politician who does something that works and lambaste her or him when he or she does something wrong. This is, sadly, not the world in which we live. It seems we are becoming increasingly uncaring of actual deeds and the cause and effect of hateful words. We care more about who is delivering the message than the words themselves. We make any excuse to exonerate someone we support and find any sliver of blame to eviscerate those we oppose.

The Samburu are not completely vile nor wholly exemplary. They are a bit of both. We might weigh one against the other and come up with some sort of final balance but why not laud the good and oppose the bad? At the height of election season, I see ads claiming the wonder and glory of one side and the degenerate evil of the other.

Consider voting for the most decent human in the election. That would be the one who treats their opponent with dignity and respect, for isn’t that the way they would care for the nation?

I would, you might say to me with a sad shake of your head, but there aren’t any. I’m sad to agree. Do try to remember, there are more than two political parties.